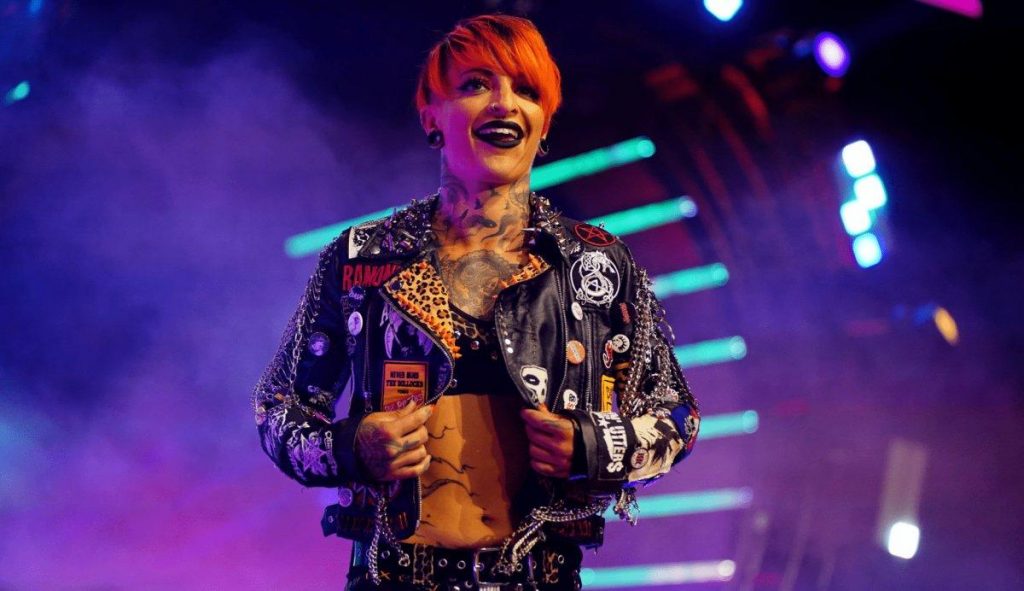 AEW’s Ruby Soho has revealed on social media that she will be undergoing surgery after suffering a broken nose injury.

All Elite Wrestling have been facing some serious struggles recently with the huge number of injured talents on the roster.

The list of injured talents- who had important names such as CM Punk, Kenny Omega and Jungle Boy to name a few- is way shorter now and many AEW wrestlers have finally found their way back to television. However, as noted recently on social media, another top star of the AEW Women’s division will be the latest addition to the list.

We’re speaking of Ruby Soho, who took to Twitter to reveal that she will be missing an upcoming 1PW show due to a broken nose injury. Additionally, Soho revealed she will be undergoing surgery very soon.

She stated: “Hey, 1PW fans. It is yours truly, Ruby Soho, here with some disappointing news. Now, due to the injury that I received at All Out, a broken nose in two places and a mess of a septum, I have to have surgery, and due to the scheduling of that surgery and the recovery time, I won’t be able to make it to the show on October 1st.”

Due to an injury, @realrubysoho will no longer be appearing at A NEW TWIST OF FATE on October 1st. A replacement will be announced later on this evening.

Ruby will now make her 1PW debut on February 18th at NO TURNING BACK in Lincoln. pic.twitter.com/cufjmToTUX

Ruby Soho continued by apologizing to her fans and the people who were expecting to see her perform in the UK, while also claiming she hopes to be able make her debut at 1PW’s show in February 2023.

Everyone here at Wrestling Republic wants to send their best wishes to Ruby Soho on a healthy and speedy recovery.

When Did Ruby Soho Broke Her Nose?

Ruby Soho broke her nose during her most recent match at the AEW All Out Pay-Per-View, which took place form the NOW Arena on September 4th.

On that night, Soho teamed up with Ortiz to challenge the reigning AAA World Mixed Tag Team Champions Tay Melo and Sammy Guevara on the event’s ‘Zero Hour’ pre-show.

The match ended when Tay Melo pinned Ruby Soho after delivering a vicious knee to the face. Shortly after that, Soho was helped to the backstage area by the AEW referees while bleeding from her nose.