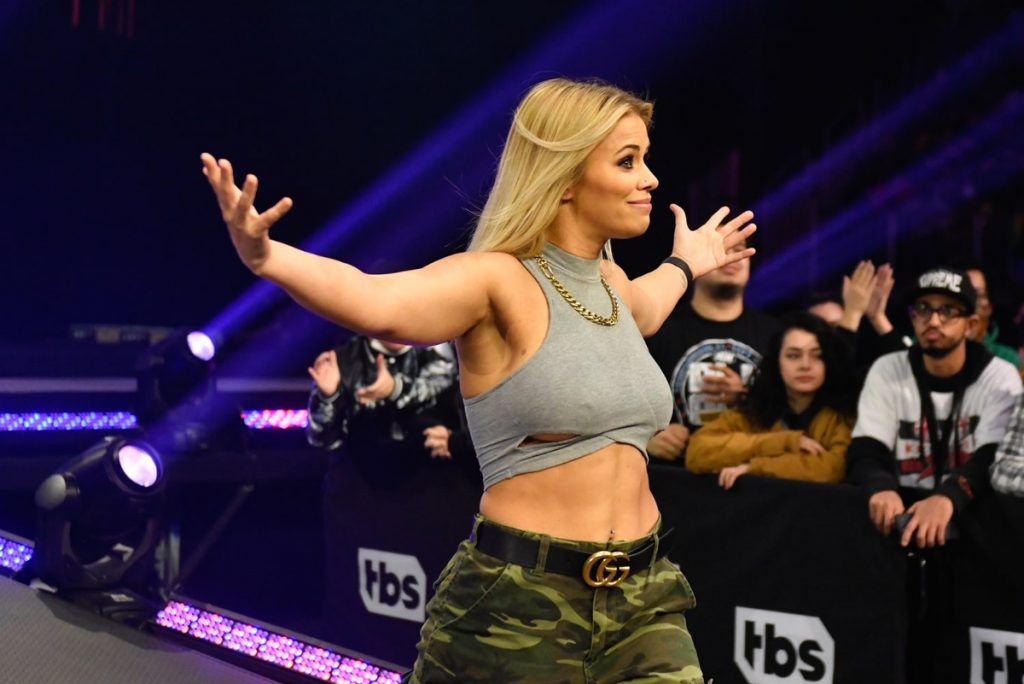 Paige Van Zant is one of the newest additions to the AEW women’s division, signing a contract with the company on the March 9th episode of Dynamite. However before she did so, since 2016 (and possibly before then), WWE had shown interest in signing “12 Gauge”.

As a recent guess on the Throwing Down podcast with Renee Young and Miesha Tate, Van Zant revealed that she had offers from both AEW and WWE and stated that she visited WWE headquarters before ultimately deciding that it was not the right fit for her. She had also previously expressed interest in joining the world of professional wrestling.

“I did know my career would take me to pro wrestling eventually. I wasn’t sure what venue that would be, if it would be WWE or AEW. I’ve been a fan of both, I made it out about a year ago to WWE headquarters. They had a different plan for what they wanted for me. With AEW, I’m so excited they were happy to partner with me and let me continue to fight MMA and do bare knuckle boxing. They’re on board to build my career, build me as a wrestler, and let me be myself.” (H/T fightful.com)

Van Zant revealed that she is currently training with Gangrel to learn the ins and outs of the square circle, stating that she has picked up the basics relatively quickly.

“The difference I think for the pro wrestling, for me, it’s not as complicated yet, just because I’m learning the basics. It’s just learning the differences between what I do at MMA and what I do at American Top Team, and then what I will be doing at AEW. It’s very similar, and luckily I’m an athlete so I’m picking things up really quickly. But, it’s still a lot of differences, so it’s more that we’re doing the basics and breaking it down. It’s more tedious right now than like hard, hard work.” (H/T wrestlinginc.com)

Van Zant has also been backstage at recent AEW shows, though she hasn’t appeared on television for the last couple of weeks.