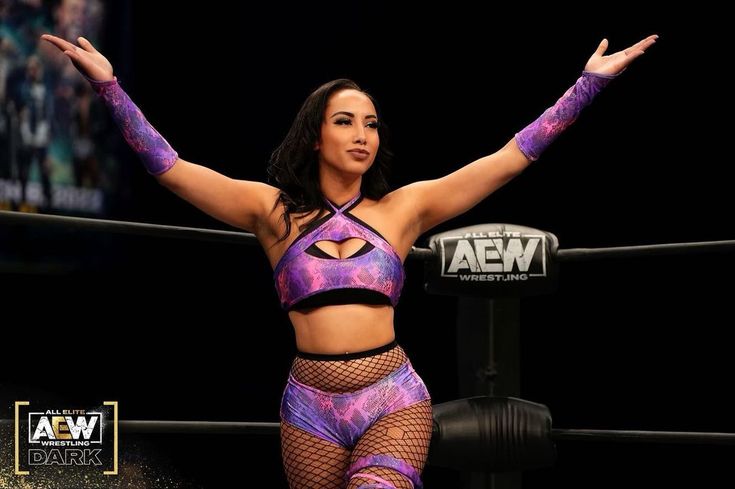 Leila Grey could be considered as one of the top stars in wrestling’s independent scene right now. Even though she just started wrestling in 2020, Grey made a huge name for herself in the indies when she dethroned OVW Women’s Champion Freya the Slaya on April.

Ever since that huge win, Grey has succeeded in defending her title multiple times and moved on to make occasional appearances at some AEW Dark and WWE shows, where she wrestled Raquel Rodriguez in a squash match.

Leila Grey has recently taken to social media to reveal her engagement with fellow indie star Luke Kurtis, which is seen happened at OVW’s show this past Friday.

And just like that… I’m a FIANCÉ!!!!!
I love you so much @The_LukeKurtis
Long sentimental post coming soon💙💍 https://t.co/2uoABwMOrT

Leila Grey has recently wrestled in many AEW Dark matches before making her official television debut in a match with Tay Conti in 2021. She has also challenged TBS Champion Jade Cargill at the AEW Dynamite Blood & Guts special, which saw her coming up short to the reigning champion.

Ever since that loss to Cargill, Grey has been involved in an angle with Stokely Hathaway and the rest of Jade’s Baddies.

Everyone here at Wrestling Republic wants to congratulate Leila Grey and Luke Kurtis for their engagement, and wishes them the best in their future together.