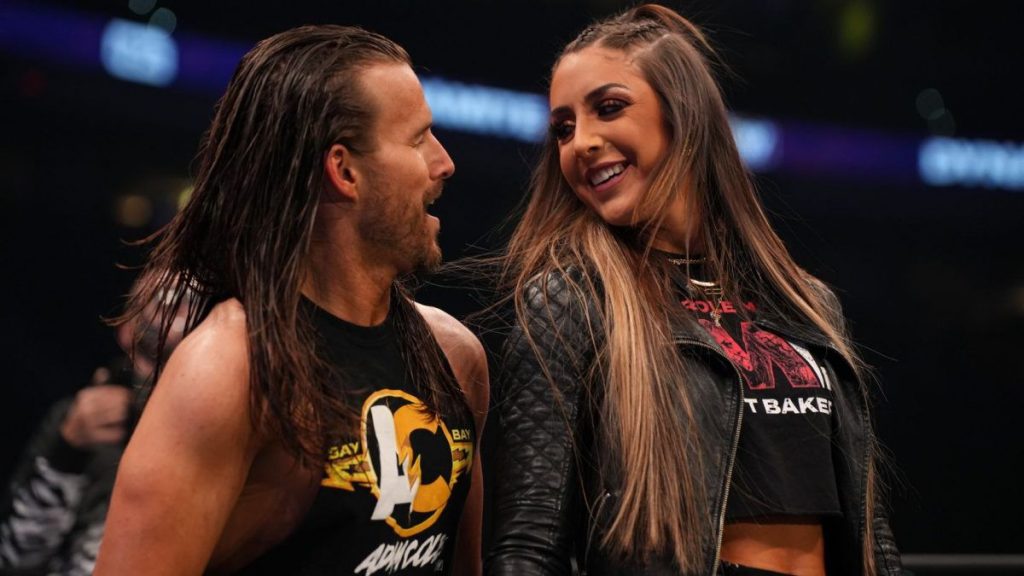 The former AEW Women’s Champion admitted that she is open to having a reality show with her current boyfriend, Adam Cole.

The D.M.D, Dr. Birtt Baker, says she is open to having a couples reality show. In the past, Britt and Cole were against each other on the called “Wednesday Night War” between AEW and WWE NXT, before Cole decided to join AEW.

The wrestling couple’s reality shows had become popular at the time, Total Bellas, Miz & Mrs., and Rhodes to the Top are some examples.

In an interview with TV Insider, Britt spoke about their interest in a potential reality show featuring her and Adam Cole, liking the idea of it but was not too sure because of her busy schedule as a full-time dentist and wrestler.

“There has been interest on more than one occasion. It’s definitely something I’ve warmed up to. At first, I felt I am too busy, and most importantly I always thought my life is way too boring for something like that. To me, being a wrestler and dentist is just my life. If it’s content that can be entertaining for others, I would definitely be open to that,” Baker said.

Both Cole and Britt were featured on Bar Rescue, describing the experience as ecstatic.

“Adam was ecstatic that we got to do it. It was really straightforward. You go to the restaurant and tell them exactly what you do and know where the cameras are as they pan to us. The bartenders had no idea we were for the recon. I thought for sure we were dead giveaways. We didn’t even get our menus until 10 minutes sitting there. They had no idea who we are because if they did, they would be kissing our asses. That wasn’t the case.” (Vía TV Insider and h/t Fightful )

AEW is planning to introduce more programming, with WarnerMedia recently asking fans for their opinion on the potential name of a new series.