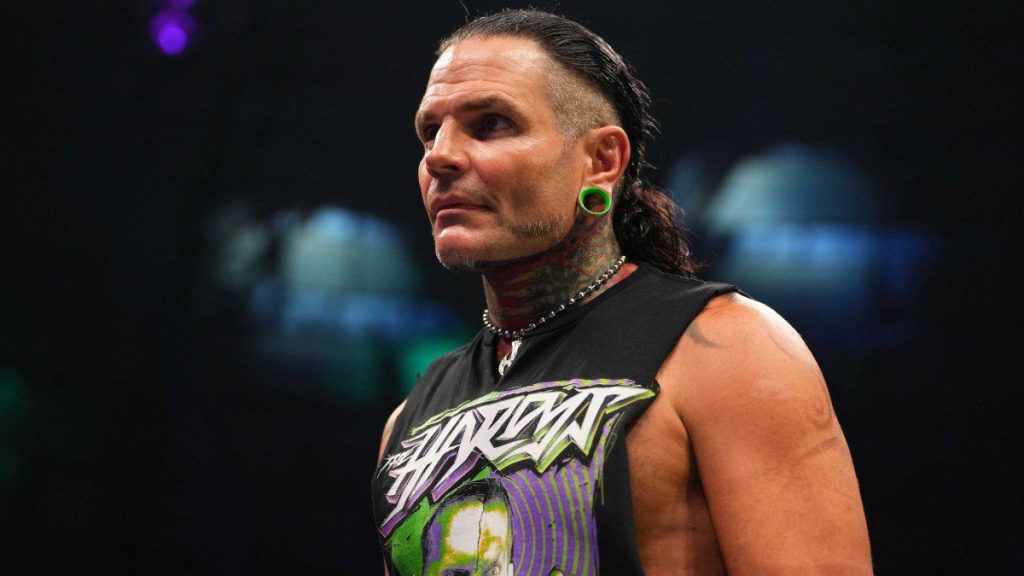 Jeff Hardy is seemingly being pulled from AEW telivision

Jeff Hardy has recently been in the headlines for unfortunately the wrong reasons, as it is revealed he has recently been arrested for driving under the influence. This would be Jeff’s third DUI in 10 years, which may not shock many fans due to Jeff’s widely known battles with addiction.

This has lead to AEW no longer promoting the three way ladder match between The Hardy Boys, The Young Bucks and Jurassic Express for the AEW World Tag Team Championships.

On top of that Dave Meltzer of the Wrestling Observer is reporting that AEW have asked Warner Media to no longer promote Jeff Hardy in any circumstances. This is despite AEW, as of now, not publicly commenting on the situation, despite the three way ladder match being previously advertised for this Wednesday’s Dynamite.

Jeff Hardy has recently joined AEW and reformed the Hardy Boys with brother Matt Hardy, after being fired by the WWE due to the assumption the company made that he was under the influence, when infact he was not.

Wrestling Republic wish Jeff Hardy and his family the best at this time.