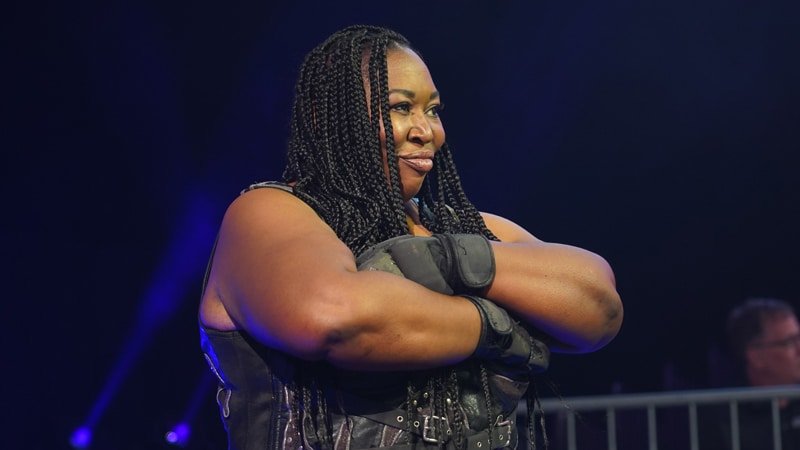 This report comes after a Reddit user, named DamieN61, pointed out that the two Women grapplers have been removed from the AEW roster page.

Now Dave Meltzer of the Wrestling Observer has responded to this, reporting AEW have decided not to renew the contracts of Wrestlers, Awesome Kong and Shanna.

TNA Alumni, Awesome Kong debuted for AEW at the Double or Nothing 2019 PPV, making her shocking return to action in a four-way match against Britt Baker, Nyla Rose and Kylie Rae. Since then, Kong was embroiled as part of Brandi Rhodes “nightmare collective” faction, with her last match being on the 1st of January 2020 on an episode of AEW Dark.

Shanna debuted for AEW on the October 30th edition of AEW Dynamite, losing to Hikaru Shida. Since then, she has taken more time away from AEW due to the Covid-19 pandemic, with her last match for AEW being on the 7th of April 2021 on an episode of AEW Dark Elevation losing to Layla Hirsch.