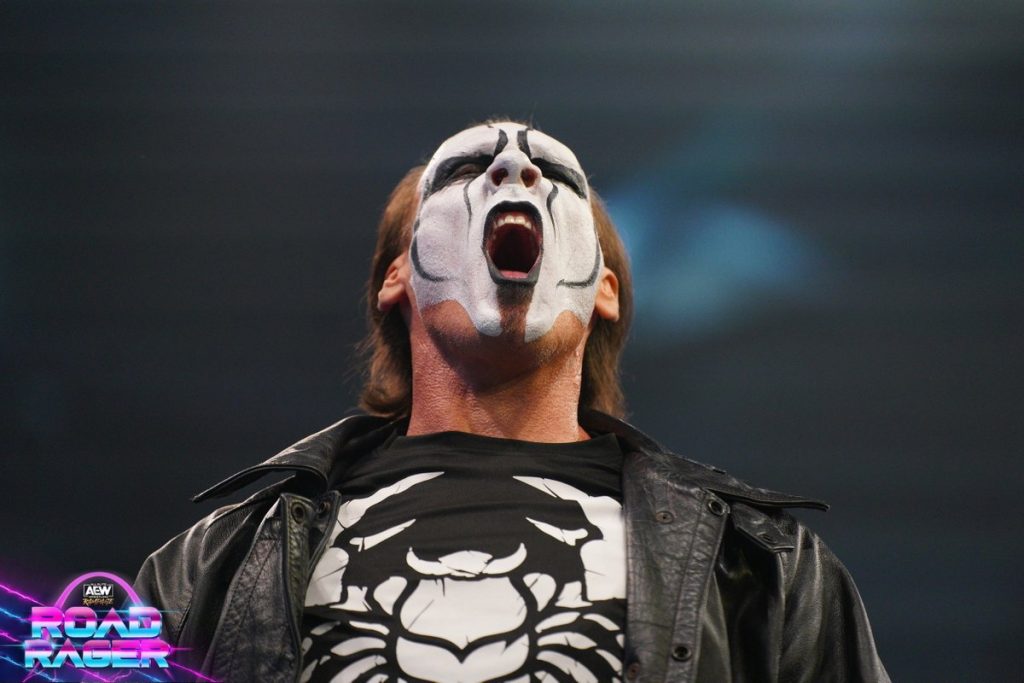 Tonight’s Rampage is set for some exciting Friday night wrestling action. Jon Moxley is scheduled to face Dante Martin. Jade Cargill will defend the TBS Championship against Willow Nightingale. In the main event Darby Allin will face Bobby Fish! All that and more up next on Rampage!

ABOVE AVERAGE Jon Moxley vs. Dante Martin: Dante extends his hand to start the match against Moxley, but Mox is having none of that. Chris Jericho as well as William Regal have joined commentary for this one, and the banter between the two is as entertaining as could be. Moxley has the early advantage, using his grappling acumen to slow down Martin at first, but Dante is game and a quick flurry ensues. Martin volunteers for a chop contest with Jon Moxley, and I’m not sure that was the best idea he’s ever had. Mox and him go back and forth some more before ending up on the top rope for an avalanche half headlock-overhook suplex. He follows with hammer and anvil elbows and then is briefly subdued by a gamengiri and a dive from Martin. After a flurry by Martin, Moxley locks him in a rear naked choke. Martin is able to use his athleticism to get to the ropes and he delivers an avalanche sliced bread. It is all for naught, Moxley hits a cutter and then follows it up with a thunderous lariat. More hammer and anvil elbows follow, before he wins via hammerlock!

Swerve Strickland and Keith Lee backstage promo: Keith Lee is asking Swerve why he shouldn’t beat him up. This is a very well done segment. Hobbs and Starks interrupt things and this is too short to rate, but this definitely advanced the storyline.

SQUASH Max Caster and the Gunn Club vs. Leon Ruff and Bear Country: This is what you expected it to be, the Ass Boys and Max Caster are utterly dominant. Max scores on a Mic Drop straight through the heart of Leon Ruff to pick up the victory.

Hook backstage interview: Hook will wrestle a match from someone from New Japan next week and Hook will not speak. Danhausen steals the show once again, before Hook steals it back. “He’s got this,” and that is what you need to know.

ABOVE AVERAGE Jade Cargill vs. Willow Nightingale for the TBS Championship: Willow is as game as any challenger Jade has seen but that doesn’t mean a whole lot. Jade two steps Willow out of her shoes and then drills her with a pump kick. Nightingale fights her way back into the match and hits a cannonball senton. Jade is able to regain control and hit Jaded for the victory. This was a solid back and forth match, and even though she lost, Nightingale once again impressed. The Baddies jump all over Willow but Athena interrupts and she hits Kiera Hogan from behind. Jade hits Athena with a pump kick but Statlander makes the save to end the segment!

GREAT Darby Allin vs. Bobby Fish: Bobby Fish ambushes Darby to start the match. He proceeds to dominate the opening moments of the match, but as always Darby is unafraid. Fish misses on a moonsault and then Darby lands a highlight reel dive on Bobby Fish outside the ring. Darby takes so much punishment from Fish it’s pretty wild. Bobby lands a dragon screw that sends Allin’s head into the guard rail, and then he follows it with another. Darby Allin is nearly unbreakable, on a bad leg, with damaged ribs, he mounts a comeback that he punctuates with Code-Red. Despite Fish kicking out, Darby keeps the petal on the gas with a Coffin Drop to the outside. He rolls Fish back in but Bobby has had too much time to recover and he spears Darby back through the ropes. Fish continues to target Allin’s left leg and he’s got Darby on the ropes both literally and figuratively. He sinks in an ankle lock momentarily and then throws Darby over for a release german suplex on the ring apron, that was arguably too violent. Somehow, Darby is capable of delivering an avalanche Falcon Arrow but he’s caught in a knee bar on the end of it. Allin responds with The Last Supper for the victory. Fish attacks him right away after the match, and O’Reilly makes his way to the ring, but before things get out of hand, the lights go out. It is STING! He saves his protege Darby, and even gives him a chair to deliver a coffin drop on Fish. Sting uses the bat to further damage Bobby Fish’s leg, and there’s never been a better time for Sting to return.

Overall: This isn’t the greatest Rampage of all time. I’m not sure anyone expected it to be, and I didn’t have any major problems with it. I enjoyed the show, without question. Jade Cargill impressed as always, and Willow Nightingale showed out once again as well. Jon Moxley is still beloved by the AEW faithful, and Dante Martin’s athleticism is unmatched. Darby Allin and Bobby Fish put on one heck of a match in the main event, and Allin was able to pick up a massive victory. Oh Yeah, Sting isn’t just back, he brought the bat and he took it right to Bobby Fish.