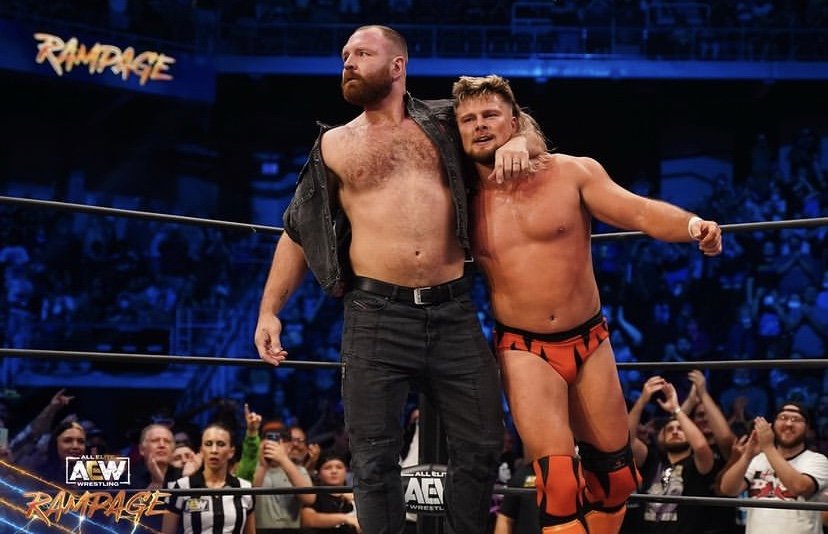 This weeks episode of AEW Rampage was mainly built around the long awaited encounter between PAC and Andrade, which was of course originally scheduled to take place at the All Out PPV the week prior. Going into the show it was also advertised that both Bryan Danielson and Adam Cole would be interviewed during the program.

MUST WATCH: The show opened with both PAC and Andrade El Ídolo already standing face to face in the ring. The two put on a fantastic match where both men brought out some high risk offence. The match ended with one of Andrade’s men threatening to use a taser and therefore distracting the referee, while Chavo entered the ring and hit PAC while he had the brutaliser on Andrade. This resulted in Andrade rolling over and getting the win. Not a great finish, but still a fantastic match.

GOOD: After the match Andrade turned on Chavo before PAC and the Lucha Bros took Chavo out.

GREAT: Darby Allin and Sting came out for an interview with Tony Schiavone, where Darby firstly claimed that Shawn Spears would be nothing without Tully, and then Sting called out Tully for a fight right now. Tully came out to the ramp and said that he knew the two would just double team him. However Shawn Spears then came from behind and took out Darby before Sting could help.

GREAT: In a video package Adam Cole talks about The Elite being a brotherhood, and how Both Bryan Danielson and Christian are good, but neither are as good as him, and he hasn’t even reached his prime yet. Bryan Danielson then talks about how he wants Kenny Omega to be his first match in AEW, but notes that if Omega doesn’t step up, someone else will.

GOOD: Ruby Soho, Kris Statlander and Riho took on Britt Baker, Reba & Jamie Hayter, in a match which actually went slightly longer than I originally expected. The match was fun and gave all 6 women the chance to look good during certain parts. Still wasn’t anything special, but was enjoyable for what it was.

GOOD: Mark Henry interviews both Max Caster and Brian Pillman Jr ahead of their match coming up next.

GOOD: In the main event the hometown hero, Brian Pillman Jr, took on Max Caster in Caster’s first major match back since his ‘suspension’. The match was decent and Pillman had a great reaction, however the amount of outside interference by Anthony Bowen’s was slightly too much for my liking. With that said, the crowd was really into this match and the heel vs face dynamic was performed very well.

GOOD: After the match The Acclaimed began attacking Pillman, before Moxley came out and made the save.