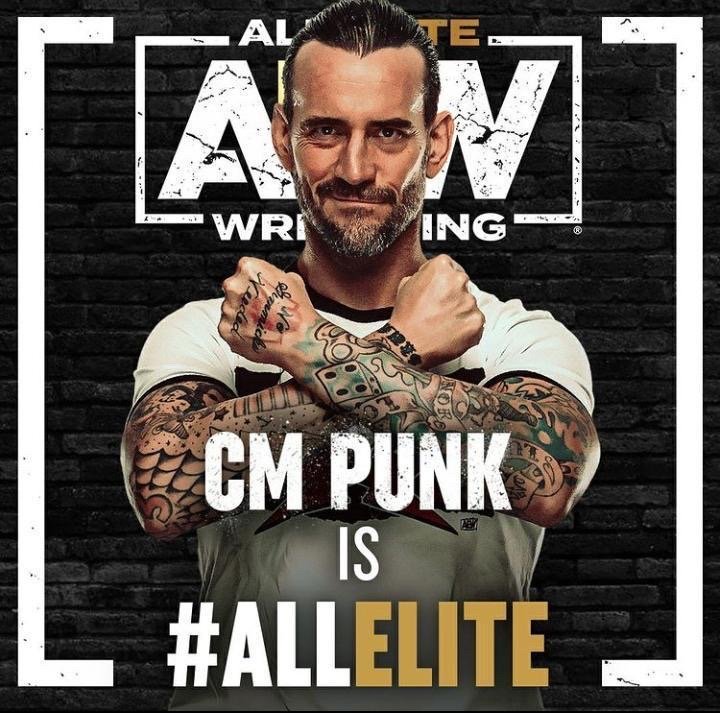 PERFECT: AEW Rampage starts & Cult of Personality hits & the crowd popped louder than any crowd this year as CM Punk came out of the tunnel. He got on his knees while his theme music played & people took in the moment. He then walked to the ring & they went to commercial. When they came back his first words are, “You guys really know how to make a kid feel like Britt Baker in Pittsburgh.” He then goes on to say that he didn’t plan on anything that he was going to say because he knew he needed to feel the moment. The crowd chanted CM Punk and he said he heard them for seven years. He then said he isn’t going anywhere for a long time. CM Punk said that if any of his decisions let anybody down, he understands as long as everyone else understands that he was never going to be healthy in any way staying in the same place that got him sick. CM Punk asks the crowd if he can tell them a story & he said he was at place where he didn’t want to leave but he knew he had to: Ring of Honor. He then said August 13, 2005 was his last match there & he had tears in his eyes when he left there because he made it a place where people could go and love pro wrestling. He cried because he was leaving a place that was a home. He then said August 13, 2005, he left professional wrestling & August 20, 2021, he’s back & the crowd erupted. He said he’s back for the crowd, for himself and for the young talent that he wished he was surrounded around 10 years ago. He said he wants to work with the young talent who have the same passion he had. He then called out Darby Allin who was then shown in the rafters with Sting. He said he wants to help Allin & Allin likes danger & there is nothing more dangerous than wrestling CM Punk in Chicago & said he will see everyone September 5 at All Out. To end the promo, he told the crowd that he had Ice Cream Bars for everyone on the way out. This was the segment of the year & possibly the last decade.

GREAT: Jurassic Express defeated Private Party to move onto the finals of the tournament to determine the number one contenders for the AEW Tag Team Championships after a great & fast paced match.

AVERAGE: A very quick backstage segment with Kenny Omega & Don Callis where they said Christian Cage was going to lose to Omega at All Out. This was simple, but effective.

GOOD: A quick promo package for Kiera Hogan & Jade Cargill’s match played ahead of time which showed their hatred for each other very well.

AVERAGE SQUASH: Jade Cargill defeated Kiera Hogan in what seemed like under a minute. This made Jade look great, but it would’ve been nice for the women to get a little bit more time.

GOOD: Mark Henry had an interview before the match with Daniel Garcia with 2.0 and Jon Moxley on split screens. Garcia said that he was going to beat Moxley and 2.0 said he was going to show Moxley what he’s made of. Moxley then basically said he was going to murder Garcia and that Garcia had a better shot of getting Moxley pregnant than making him tap out. This was really good.

GOOD: Jon Moxley defeated Daniel Garcia in a good, but very short match, mostly because most of the time tonight went to the opening promo.

GREAT: After the match, 2.0 & Garcia attempted to beat up Moxley and Eddie Kingston, but Darby Allin & Sting made the save & the four of them stood tall in the end to send the crowd home happy.

This was a show that was surrounded around one thing going in: CM Punk’s return to Pro Wrestling. Some marked it as the world’s worst kept secret, but that did not matter, because the energy in the building was second to none. The opening segment and promo was not only the segment of the year, but possibly the best Wrestling moment of the past decade. The three matches did not get that much time, although Private Party and Jurassic Express made the most of theirs.