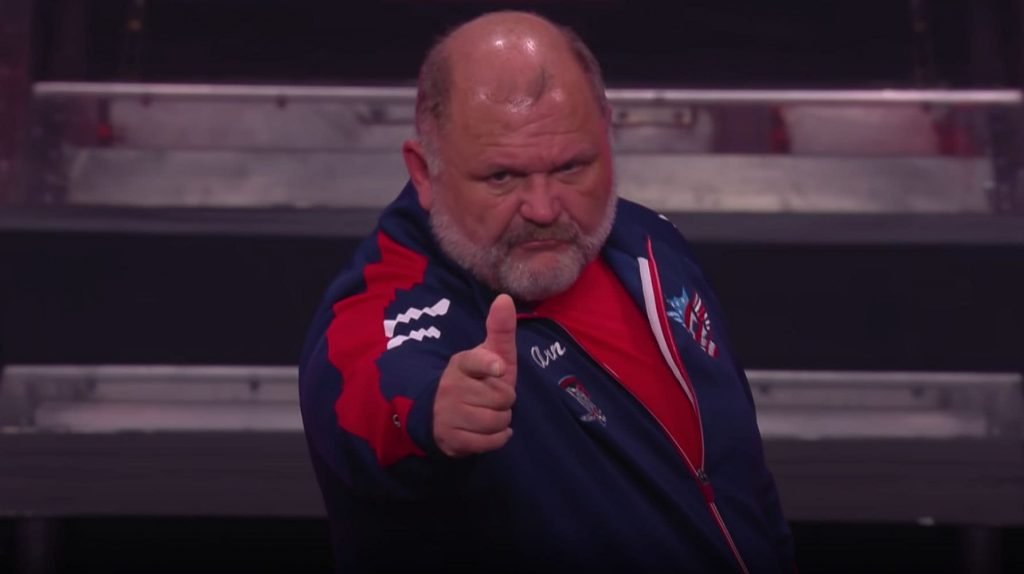 It is once again Friday and it is once again time for Rampage. Coming into this week we have Anna Jay taking on Britt Baker, Pac vs Andrade El Idolo, and more. This looks like a good show, let’s see if it lives up to the hype.

GOOD: We open up the show with Orange Cassidy taking on Powerhouse Hobbs. This opening contest was pretty good, though it wasn’t as long as I hoped as Orange Cassidy ended the match with a roll up, catching Hobbs off guard.

GOOD: Penta El Zero Mero came out next to get interviewed. Though before anything could happen, FTR and Tully Blanchard came out and attacked the AEW Tag Team Champion. They beat down both Penta and Alex Abrahantes.

GREAT: It was then time for women’s action as Anna Jay of The Dark Order, took on the AEW Women’s Champion, Britt Baker. Both women were giving everything they had at each other. There were times during the match where I actually believed Anna Jay was gonna win. In the end though, Britt Baker locked in the Lockjaw, forcing Anna Jay to tap out.

GREAT: In the main event, we got Pac vs Andrade El Idolo. This match started off strong and it kept the momentum going all the way. Both men were flipping, flying, and zipping across the ring. Towards the end of the match, Andrade went for the Hammerlock DDT, but Pac reversed it, and got the pin off of a craddle roll up.

GOOD: After the match, the lights went off. When they came back on, Malakai Black had appeared. He spat the mist into Pac’s face and he and Andrade began to beat up Pac. Arn Anderson and Cody Rhodes can to the rescue though, and help fend off the heels to end the show.

That was a really good show. I thought almost everything top to bottom was hands down great with a few low spots here and there, but over all this show was miles better than the past couple of Rampages. The ending definitely left me with some questions, and the women’s match, though short was pretty good. It’ll be interesting to see what AEW does on Dynamite this week, and what they’ll do to build on what we saw tonight.