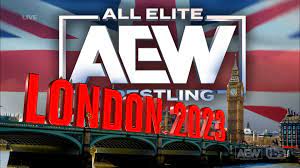 Early in 2023, AEW will extend its tour to new West Coast cities, announcing on Wednesday launch dates in Phoenix, Arizona, and San Francisco, California. Next year, AEW will also travel to London, England.

On February 22nd, AEW Dynamite will go to Phoenix, Arizona’s 17,000+ seat Footprint Center, where there will also be a Rampage taping that evening.

Then, a week later, on Wednesday, March 1, Dynamite will make its debut at San Francisco’s renowned Cow Palace, followed by a live Rampage performance on Friday, March 3.

Around mid-September, AEW has tentatively chosen The Cow Palace in San Francisco, California as the venue for their event, according to a Fightful post on Saturday. The event, which generally takes place in February or March after Full Gear in November, has no set date as of yet. A possible announcement will be confirmed at full gear for Revolution’s date and location.

They stated Wednesday that London would be a venue, but they did not provide a date or place, after their announcement last week that they would make their United Kingdom debut next year. Tony Khan, the president of AEW, has previously stated his desire to do a show at Craven Cottage, the stadium where Fulham F.C. plays soccer.

In January, AEW will also make its debut in other west coast towns like Fresno, California; Seattle, Washington; and Portland, Oregon.