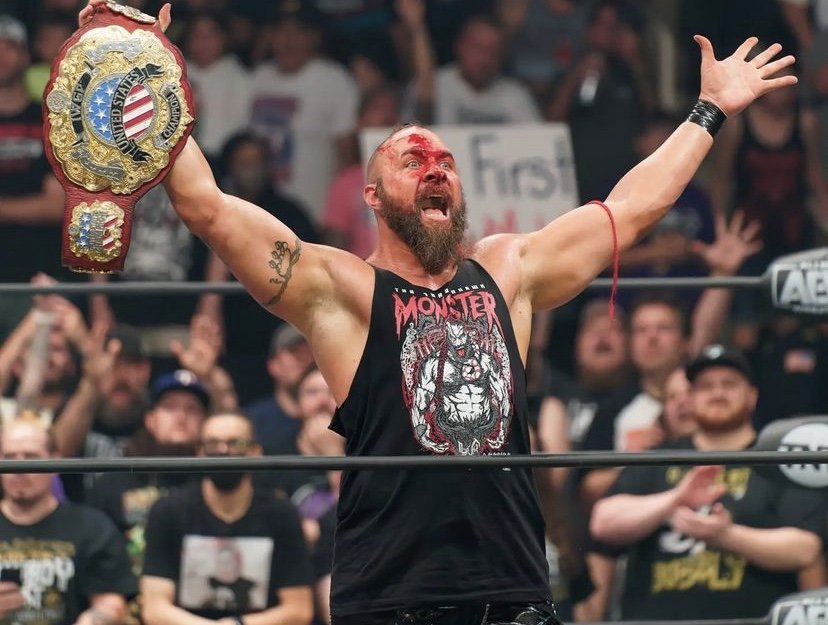 Bouncing off a fantastic episode of Dynamite last week, AEW aimed to continue their momentum with night two of Fyter Fest. Going into the show a variety of rumors were speculating the wrestling world, stating that Daniel Bryan and CM Punk were set to join the promotion.

GOOD: Dynamite kicked off with Jericho facing Shawn Spears in a match with a stipulation stating that Spears could use a chair, while Jericho could not. The match was nothing too special, however both played their roles well and the crowd were extremely hot for the entire match. The finish was done well and was overall a good start to the show.

GREAT: After Jericho’s victory, MJF came down to the ramp and announced next week he will face the most dangerous man in professional wrestling. The man turned out to be Nick F’N Gage!

GOOD: Miro cut a pre recorded promo about the legacy of the TNT Championship.

AVERAGE: The ‘Elite Hunter’ Frankie Kazarian took on Doc Gallows in a fairly short encounter with a very surprising outcome. Anderson got involved in the match multiple times in order to ensure that Kaz didn’t lose clean.

GREAT: After the match Omega and Callis came out to address Kaz, stating that the ‘Hunter’ has become the ‘Hunted’. They then enter the ring preparing to take him out before Hangman Page made the save and was followed by the Dark Order.

GOOD: Brian Cage was then interviewed backstage on the announcement that Ricky Starks will have a championship celebration next week.

AVERAGE: Darby Allin then took on the prodigy of the Best Friends, Wheeler Yuta, in what was an enjoyable short match, but nothing mind blowing and could have been a lot better with more more time.

GREAT: Ahead of their IWGP US Championship match, a promo package aired hyping up the encounter, as well as detailing the feud between the two so far.

AVERAGE: Britt Baker faced Nyla Rose in her first championship defence. Both performers did well and the crowd were undoubtedly into the match, however several botched, including a three count being called as a two, really hurt it. It did recover, however I wasn’t a fan of Nyla kicking out of two curb stomps from Britt.

AVERAGE: Ahead of their match next week, FTR and Santana & Ortiz held a press conference. The two exchanged words well as you would expect, however the entire segment felt incredibly rushed and should have been given a lot more time to breath.

GOOD: Andrade El Ídolo came out to the ring and went on to announce that Chavo Guerrero is his new associate. Chavo then cut a good promo before the duo were interrupted by a returning Death Triangle. Andrade went on to question why Fénix and Penta stood alongside PAC, when they could stand alongside himself instead. This segment was mostly great, however the amount of Spanish involved in the segment made it impossible to understand for a vast majority of the audience, and the crowd had no clue what was going on at times. I think adding some Spanish, especially the way Penta does it with his mouthpiece, works really well, but half the segment being in Spanish simply doesn’t work without a translator.

GOOD: Christian, alongside Jurassic express, challenged Angelico and Private Party to a trios match next week on Dynamite.

GOOD: QT Marshall announced that ‘The Factory’ will apologise to Tony Schiovane next week in the ring.

GOOD: Orange Cassidy took on the Blade in what was a typical fun Orange Cassidy match. The crowd were super hot for OC, as per usual, and the Blade had the best showing he has had in AEW to date. However I was not a fan of the kick out from the tombstone.

GOOD: Chris Jericho revealed that next week he will be bringing back his ‘Painmaker’ gimmick next week when he faced Nick Gage.

GOOD: Ahead of their match in two weeks time, a promo package aired highlighting the feud between Cody Rhodes and Malakai Black.

GREAT: In the main event Jon Moxley defended his IWGP United States championship in a war of a Texas Death Match, against Lance Archer. The crowd were heavily invested into the match, and Archer walked out the winner in front of his hometown crowd in what was an extremely surprising victory.

Overall this weeks episode of AEW Dynamite definitely wasn’t as good as the last couple of week, especially in terms of in ring action, however stories were still told consistently well and the show featured a war of a main event, with a shock result. The hot crowd significantly helped the show and made smaller matches feel like a huge deal.