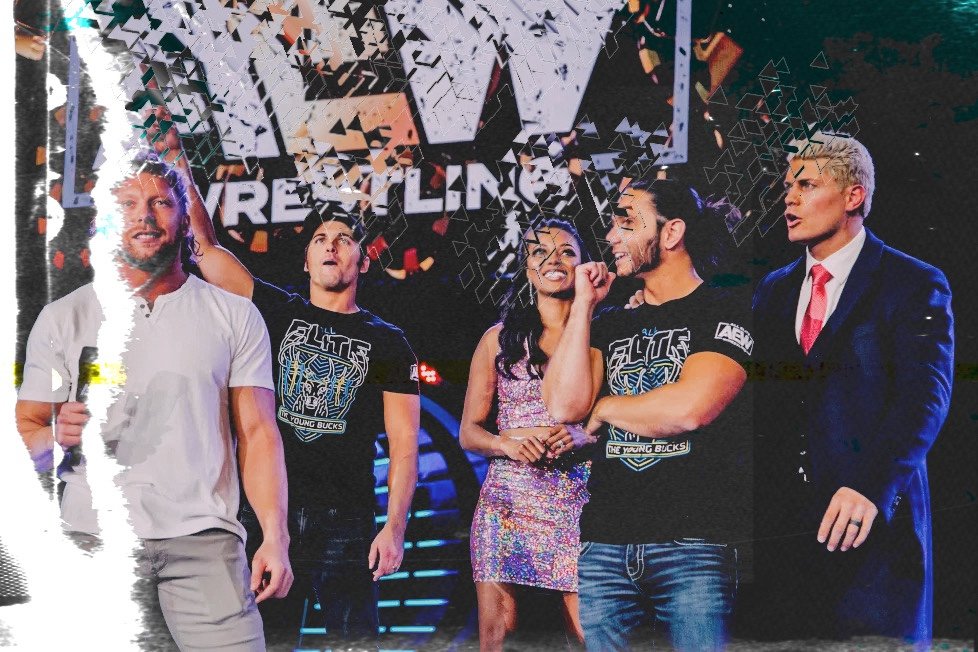 When All Elite Wrestling was announced in 2019, the major names creating the promotion alongside Tony Khan were Kenny Omega, The Young Bucks, and Cody Rhodes. At first everything seemed to be running smoothly among them, and the group were truly living the dream that so many of us imagined when we were kids, to be able to run a wrestling promotion alongside our best friends. However, it now seems like this dream has soured into a nightmare.

Last week on the Jim Cornette Podcast, Brian Last revealed that he had heard about heat between the EVP’s in AEW. He stated that angry messages might have been exchanged between Cody Rhodes and fellow Elite Members.

However, many people did not believe this claim had any truth to it.

A few days later, during a Q&A Sean Ross Sapp of Fightful was asked about this situation, to which he replied:

After this the story seemed to quiet down and quickly became forgotten about by many, however here is where it gets interesting.

This past Tuesday on PWTorch.Com’s Wade Keller Podcast, it was confirmed that there were issues between the Executive Vice Presidents of All Elite Wrestling, with some not even on talking terms. It was also added that this news was keeping potential ‘difference maker’ from signing with the company.

“There’s gonna a book written someday by some of these EVP’s or someone else closely observing, and we’re gonna learn about a lot of dysfunction,” said Keller. “We’re gonna learn what a very short honeymoon period there was between certain key people in the company, who aren’t even talking to each other anymore. I think we’re gonna find that out. I know there are people in other wrestling companies saying The Bucks and Cody and Kenny. It’s not gonna be long at all before they want to have nothing to do with each other. The honeymoon period is going to be short. It seems like it is. It seems like there’s some disengagement and people going off into their own that is showing up in certain ways” (H/T SportsKeeda)

However the most intriguing part of this story is still to come.

This afternoon the Young Bucks changed their bio to ‘Currently not on speaking terms’, seemingly making a joke out of this rumor. However considering the reliability of PWTorch, it is likely that this could simply be AEW trying to play this rumor down.

Dave Meltzer commented on the rumor on the Wrestling Observer Board earlier today, where he did confirm the conflict, but denied the claim the EVP’s aren’t talking to each other.

Melzter said “Anyway, nobody isn’t talking to each other. It’s impossible in wrestling to get everyone to agree on everything, especially when they are passionate about it. The Young Bucks & Omega are legit close personal friends. Cody is more of a business relationship with the other three but it’s not an adversarial one in the least and all have the same end goals which is to build a company that sustains and grows. They have different philosophies, but everyone in wrestling does based on when you grew up, where you grew up, and your life experiences. But Tony runs the show and ultimately it’s the Tony philosophy. All want a diversified approach and you can argue whether that’s good or bad but that is what they all seem to agree on.”

On Saturday morning a question was brought up to us about how we have yet to have reported this news, and why the ‘larger’ news sites had also not reported it, despite crediting the same source on multiple past occasions for different stories.

The honest answer to why had not covered this news story was simply because we were yet to have heard about it, and at first my personal presumption was that this was the same case for other news outlets as well, however it now seems like it’s a possibility this wasn’t the case.

Earlier today we heard off a source that the majority of the large media sites who had not reported this news, were also the ones who are often involved in All Elite Wrestling press events and media calls, and this same source noted that one major site had not reported this story in the fear that it could hurt their relationship with AEW. We have been unable to verify that.

While it is possible what we heard about a major wrestling news site refusing to report this news due to connections with AEW is indeed true, we are also aware of a specific situation involving one of the higher ups in All Elite Wrestling last year, which could be an alternate reason why certain news sites made the decision to not report this story.

There was an alleged incident which took place last year in AEW where a top figure attempted to take down a popular Instagram news account for simply posting news stories they were not happy about, even though they were not exclusive news stories, and no Instagram terms were broken. Yet this AEW executive still attempted to get the account taken down, and this led to someone in the AEW team privately disclosing the information to the owner of the account to try and help them. The situation was eventually resolved after a source close to both parties calmed the executive down, however this story had scared many news sources, including us at times, from posting certain news stories about AEW since. The account involved has given us the permission today to share this previously confidential information.

A wrestling journalist and content creator anonymously told us ‘I love AEW but I hate that it’s scary to post about them sometimes’.

NOTE FROM THE WRITER: I’d like to just clarify at the end of this article that I am personally a fan of All Elite Wrestling, however it has gotten to a point for a lot of us media outlooks where we are somewhat scared to post certain stories about AEW following the Instagram incident last year, and this led to us today making the decision to report this story on the whole, and with permission from the account, release this information. Our hope is that AEW publicly clarify that within the guidelines, all stories about the company can be reported without the fear that their platform could be taken down if an executive isn’t happy about the story being public.