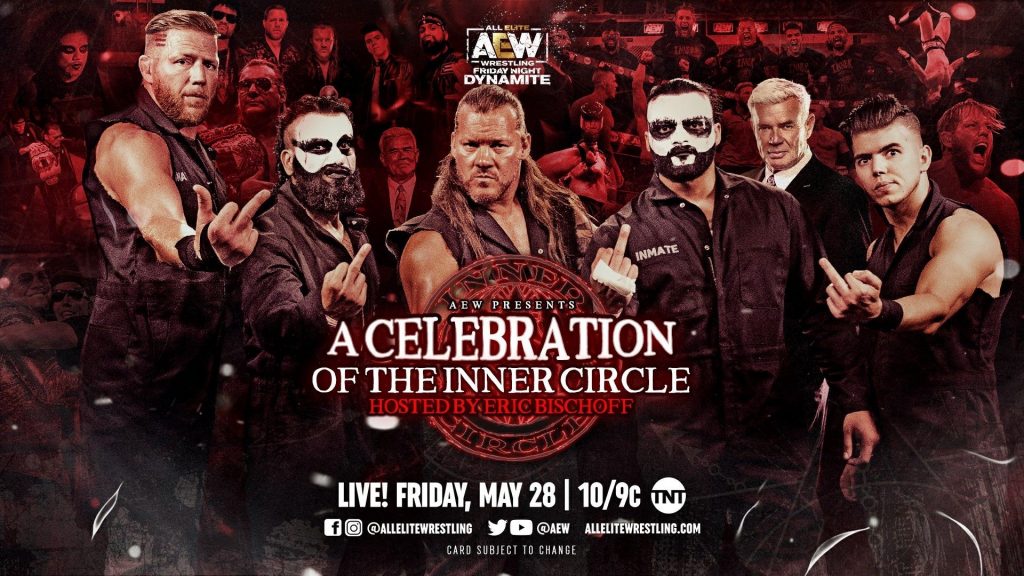 This weeks edition of AEW Dynamite was not only the go home show for AEW’s Double Or Nothing PPV, but was also the return of a full capacity crowd. With the amount of hectic news that came out throughout the day, including the fact that WWE & NJPW were in talks, fans were eagerly awaiting the show with hopes they might find out more if there was any truth to this rumor.

AVERAGE: Darby Allin took on Cesar Bononi in the first match back in front of a live attendance. The match was constructed well and Darby, as per usual, used his unique offence to overcome the odds. However, Bononi looked slightly sloppy while throwing certain strikes during the match with some looking ridiculously obvious that they were fake.

GOOD: After the match Darby Allin called out Sky and Ethan Page. The duo came out and and said they weren’t prepared for a fight tonight. The wingman then took out Sting and Darby from behind before Dark Order came out and made the save.

AVERAGE: Paul Wight then hosted the weigh in between Cody and Anthony Ogogo, and I definitely would not call this a disaster by any stretch, as it did build excitement for the match on Sunday which was the segments purpose. However everything which could have gone wrong, did. The fact that after the disaster of the scales last time they did a weigh in, they still have not bought a digital scale was an embarrassment, with it taking over a minute to calculate each time. Certain fans in the crowd couldn’t even see what was going on due to the flags being in the way, and finally the reaction to Cody wasn’t nearly as much as they were hoping for, with some fans booing him.

GREAT. A pre recorded promo package was shown building up the stadium stampede match for Double Or Nothing.

GOOD: Backstage Christian Cage and Powerhouse Hobbs got into a brawl, before they were separated.

GOOD: In a rematch from All In, Hangman Page on Joey Janella in a match which was surprisingly quite hard hitting, leading to Page being busted open. A fun match which got the crowd going. Surprised this didn’t open the show.

GOOD: After the match Team Taz attempted to attack Hangman, but he gets on the mic and tells Brian Cage, that while he expects that behaviour from the rest of the group, he didn’t expect it from him. Cage the states on Sunday the match will be one on one.

BAD: Jon Moxley and Eddie Kingston start cutting a promo and quickly get cut off by a commercial break mid sentence. These things do happen on Live television, but still this came across embarrassingly.

GOOD: The Moxley and Kingston segment then restarts and the two cut a great promo on the Young Bucks

GREAT: PAC comes out to the ring demanding Kenny Omega, but Don Callis comes on screen to tell him that neither him or Kenny are in the building tonight. Omega then attempts to take out PAC from behind, but PAC saw it coming. The Good Brothers then came out to make the save, but the Lucha Brothers come to help PAC even the odds. When everyone else leaves, Omega gets the better of PAC, before Orange Cassidy comes out. Cassidy hands Kenny an envelope, and it it is just the shredded bits of paper from the contract he was given. Orange Cassidy then gets the better of both men and holds up the AEW championship.

GOOD: Jade Cargill is backstage with Tony Schiavone, but Matt Hardy comes in to interrupt, once again offering her a position on his brand, however Mark Sterling walks in and announces she has already signed with him.

AVERAGE: Jade Cargill took on Kilynn King, and this was the first time in AEW that Cargill took on someone who was around her size, or even possibly slightly bigger than her. Jade looked good and this match did it’s job.

GOOD: Backstage Lance Archer made it clear he wants Miro to retain his title tonight, as he wants him on Sunday.

GOOD: After the match Archer and Jake Robberts came out leading to a scrap between Archer and Miro, which Archer won, much to the displeasure of Miro

GREAT: Hikaru Shida came to the ring for a celebration of her year long title reign, and was presented with the all new AEW women’s title, which is slightly larger than the previous one thankfully. Shida then cut a great face promo before Britt Baker came out and said that, like the era before her was 3:16, this new era of AEW will be D.M.D. Great stuff!

GOOD: Ahead of their match against Sting & Darby on Sunday, Ethan Page and Scorpio Sky took on Evil Uno and Stu Grayson. The match was fun and probably the best of the night, however it still wasn’t anything too special that I would recommend checking out. I was glad to see Uno and Grayson getting the respect they deserve from the crowd, considering the last time we saw them in front of a full house, the arena was silent and barely anyone showed interest.

GOOD: After the match Darby Allin comes out with a bunch of Jobbers dressed up as Sting. Sky and Page took these out quite quickly, however the real Sting was under one of the masks, and in the end Darby and Sting were standing tall.

MUST WATCH: To end the night, Eric Bischoff hosted a celebration of the history of the Inner Circle, where each member spoke about how much the faction means to them. It was a real feel good segment and the crowd were super into it. However, MJF then came on the screen and had Chris Jericho’s friend, and professional wrestling legend, Dean Malenko chained to a post. The Inner Circle quickly fled to the stadium to try and save Malenko. However, it was all a trap and FTR and Spears took the group out on their way. Once they got to the stadium, FTR took both Santana and Ortiz out by hitting piledrivers on them through two tables. What a way to end the show and build up the match for Sunday!

Overall this go home show did what it needed to do, build stories. From start until finish the show focussed on building the matches for Double Or Nothing, and did a damn good job doing it! With that said, when it came to the in ring action, this was the weakest episode to date. I’m aware I have said that about Dynamite a few times over the past couple of months during filler episodes, but this truly was the weakest when it came to the in ring action, with not one match being above 3.25 stars. However, like I previously mentioned, the in ring action wasn’t and shouldn’t have been the focus of this show, as with a PPV only 48 hours away, they needed to build stories, and they did that fantastically! 7.7/10