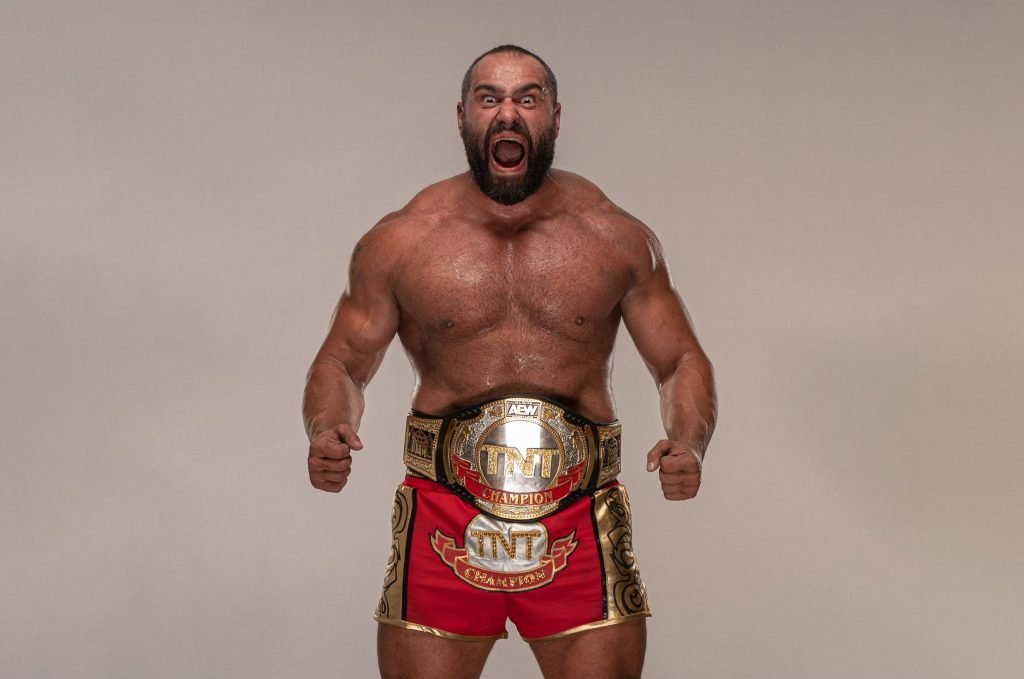 Following the hugely controversial ‘Blood & Guts’ Dynamite special last week, AEW looked to continue the momentum and keep it up as they moved towards their upcoming Pay-Per-View ‘Double Or Nothing’ on May 30th. Not only were they under pressure as the company faced some disappointment from fans the previous week, but they were also under significant pressure from New Japan Pro Wrestling, as the Japanese wrestling giant was allowing one of their titles to be defended on AEW Television for the first time, and this is looked at as a huge deal for them. So with so much pressure on them, and a show which according to Dave Meltzer struggled to sell tickets due to the fact so many people attended the week prior and planned to attend Double or Nothing in a few weeks time, did AEW deliver? It’s time to find out.

GREAT: Dynamite opened with the IWGP United States Heavyweight Championship being defended on AEW Television for the first time, as Jon Moxley took on Blue Justice, Yuji Nagata. Moxley interestingly came out to a new theme, seemingly an existing classic song. I’m certain everyone will go ballistic at the fact I don’t know the name of this song, but honestly I had never heard of it and felt it was a strange fit as a theme song for Mox, especially when his previous theme was so successful. The match itself was predictably stiff and thankfully the crowd was very much into the match and this made it feel like a huge deal. Nagata looked fantastic as per usual, despite being 53 years young.

GREAT: Jake Hager, Ortiz & Sammy Guevara were backstage where they cut a promo on The Pinnacle’s win. Hager cut one of the better promos of his career as the team demanded a rematch with The Pinnacle.

MUST WATCH: ‘The American Nightmare’ Cody Rhodes came out to the ring to make his big Double Or Nothing announcement. Following the fact Ogogo laid the British flag over his body last week, he spoke about the history of America and why he feels so proud to be an American. He stated that he’ll be dammed if his daughter ever found out that another countries flag was laid on top of him and he did nothing about. He then made the huge announcement that on May 30th at Double or Nothing, for one night only he wouldn’t be ‘The American Nightmare’ as instead he would be ‘The American Dream’ Cody Rhodes taking on Anthony Ogogo.

GREAT: In a pre recorded promo package, SCU spoke about the importance of the tag team title match with the Young Bucks.

GREAT: Two thirds of SCU, Christopher Daniels and Frankie Kazarian put their tag career on the line against their former best friends the Young Bucks. The Bucks once again played off their arrogant heel gimmick as they put down SCU. The match was great as every moment of it felt important and left me on the edge of my seat as I was almost praying for an upset, however that didn’t happen. Don’t get me wrong, it was a great match, but I truly feel like SCU deserved to go out in a slightly better match with a full capacity crowd, not just in the middle of an episode of Dynamite in a half empty Daily’s place.

GOOD: In disgust about what just happened, Jon Moxley and Eddie Kingston stormed into the Bullet Club dressing room and destroyed it.

GREAT: In a backstage interview Christian revealed that he has signed an open contract for next week, telling Taz that any member of his faction could sign it and challenge him. Christian also revealed he was entering the Casino Battle Royal at Double or Nothing. Matt Sydal then walked in to let Christian Cage know that he also planned on winning the Casino Battle Royal, and not only that, but he signed the open contract for next week before Team Taz got a chance at it.

GOOD: Orange Cassidy and PAC then faced each other to determine Kenny Omega’s challenger for Double Or Nothing on May 30th. The two once again showed they have great chemistry and out on a fantastic match, before Kenny Omega got involved and took PAC out after PAC took OC out, which resulted in a Double count out.

GOOD: Tony Schiavone then met Kenny Omega and Don on the stage area, as he revealed to them that due to Kenny‘s actions, he will now have to face both men at Double Or Nothing in a triple threat match.

GREAT: Alex Marvez then met with The Dark Order in the bar area where Hangman Page stated that if he was Brian Cage he would not be happy with the way he won a few weeks ago. Page then seemingly put out a challenge towards Cage for a match at Double Or Nothing.

MUST WATCH: The Pinnacle came out to celebrate their victory in Blood & Guts last week as Tully Blanchard gifted all the members of The Pinnacle watches. MJF then cut a promo denying The Inner Circle a rematch saying they had done and were ready to move on to bigger things. Much to the displeasure of Maxwell, a horn then starts beeping before Sammy, Hager and Ortiz turn up in a truck. Jericho then comes out of it from the back with an arm brace on as he once again asked MJF for a rematch. MJF once again predictably denied leading to Sammy spraying all the members with a hose full of ‘a little bit of the bubbly’ embarrassing everyone in The Pinnacle. MJF then accepted a rematch, but said this time it will happen in Stadium Stampede, and if the Inner Circle lose, they have to split up forever.

GREAT: Britt Baker then cut a superb promo in a pre recorded interview with JR, where she spoke about attacking Shida during the Forbes photoshoot. Britt came across as an absolute star in this, and acknowledged Shida’s success while flaunting her own.

GOOD SQUASH: Thunder Rosa defeated Jazmin Allure in a solid squash match. However I’m absolutely disappointed with the fact for a second week in a row the only women’s match on the show was a squash.

GOOD: Jade Cargill revealed in an interview backstage that she hasn’t accepted any managerial offers yet, as she doesn’t need any of them. She still is open to offers, but she needs them to know she’s her own boss.

GREAT: AEW then aired one of Darby’s black and white self produced promo packages where he went back to his home town. As always this delivered fantastically.

MUST WATCH: Miro received his first title shot in All Elite Wrestling in the main event where he took on the TNT Champion and the ‘Face of TNT’ Darby Allin. Miro beat the living hell out of an already best up Darby before the match started, meaning once it got underway Darby was already at a massive disadvantage. Miro looked and felt like a complete monster during this match, almost having a Brock Lesnar presence about him. Mid match Scorpio Sky and Ethan Page took out Sting, who did return later in the match, but didn’t get involved. In the end after giving it his all and more, Darby’s title reign came to and end as Miro became the new champion.

After a show which some people described as disappointing last week, this weeks show undoubtedly delivered and was one of the best Dynamite’s of the year so far, potentially even the most consistently one. Despite only being two hours, the show was jam packed and felt a lot longer than it actually was, however I say that in the best way possible. It never felt like a drag to watch and apart from the women’s match, every match felt extremely important. The main negative of the show was the fact that for a second week in a row the only women’s match on the show was just a squash. The women’s division in AEW is beginning to feel like how it did back in 2020 before the women’s tournament, apart from the title feud between Shida and Baker which is being built well. Overall this show gets an 8.7/10 from me!