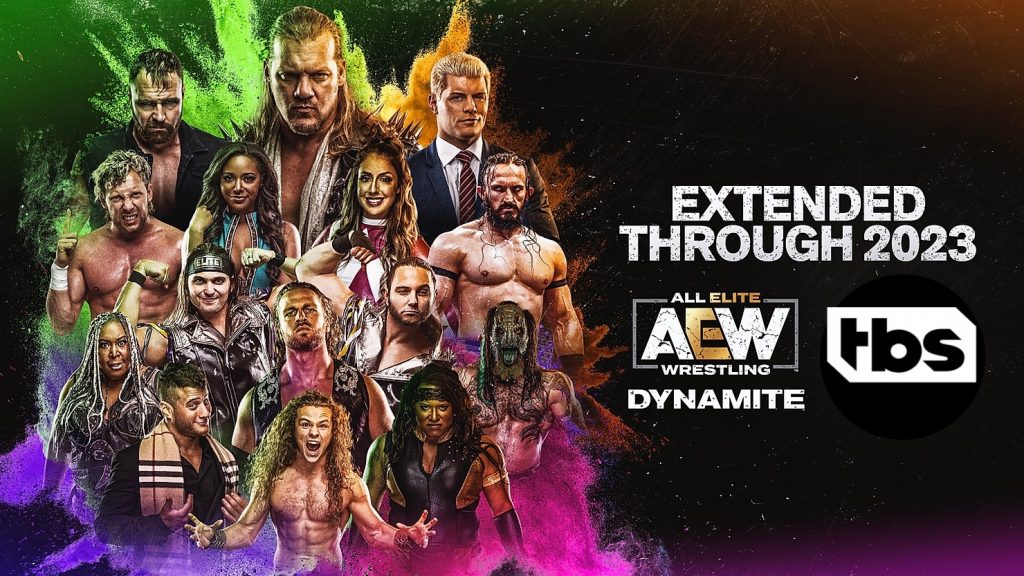 All Elite Wrestling have announced that its flagship show, AEW Dynamite, will be moving to TBS from TNT in 2022. No reason was given to explain the move.

The company also announced that their highly anticipated second show will be titled ‘AEW: Rampage’ and will debut in August on TNT. The show will air every Friday at 10pm ET.

Here is the full statement from AEW & Warner Media:

Until then, presence on TNT remains robust in 2021 with the addition of the new hour-long series “AEW: Rampage.” Debuting on August 13 at 10 p.m. ET, “AEW: Rampage” is a third hour of high-octane wrestling featuring the world renowned stars of AEW. In addition, TNT will debut four new professional wrestling specials annually, continuing to garner and grow AEW’s audience until the move to TBS in 2022.

“It’s a pleasure to be able to help Tony Khan expand his wrestling fiefdom across our networks and bring more content to our fans that fits the thrill ride brand of TNT and good time of TBS,” said Sam Linsky, Associate General Manager, SVP, Programming and Operations, TBS, TNT and truTV. “It’s Wednesday. You know what that means.”

“As a lifelong wrestling aficionado who is privileged to present AEW to longtime and new fans alike, it means a lot to me – personally and professionally – to share the news that All Elite Wrestling will call TBS home beginning in 2022,” said Tony Khan, CEO, GM and Head of Creative of AEW. “The history of wrestling in the United States cannot be told without acknowledging the contributions of TBS, which as WTBS years ago delivered wrestling to the Southeast and eventually to a massive national audience. TBS has the same passion for wrestling today, but will offer AEW and our fans more prime time programming, content and global opportunities that will establish TBS as the world’s undisputed destination for wrestling.

“And, while we’re looking forward to our arrival on TBS, we’re not saying goodbye to our original and current home of TNT, which will air four new special supercard events annually. Plus, the financial upside to our new agreement will give us the opportunity to continue to invest in and grow AEW to serve the most important people in our industry: our fans, our wrestlers, our staff and our sponsors. With All Elite Wrestling: Dynamite and Rampage taking center stage via our new agreement on TBS next year, and the new quarterly supercards launching on TNT, our exposure and our opportunities to grow AEW are greater than ever!”

As AEW continues to deliver the best matches and most entertaining moments in professional wrestling today, tune in to the all new “AEW: Dynamite” tonight at 8 p.m. ET / 5 p.m. PT on TNT.

In addition to being wrestling’s most watched show, “AEW: Dynamite” was the No. 1 program on Wednesday, May 5, on cable among A18-49, a first-time triumph for the wrestling franchise. In April, the electrifying wrestling show achieved its most-watched episode since the series launched on October 2, 2019, with over 1.2 million viewers tuning in.