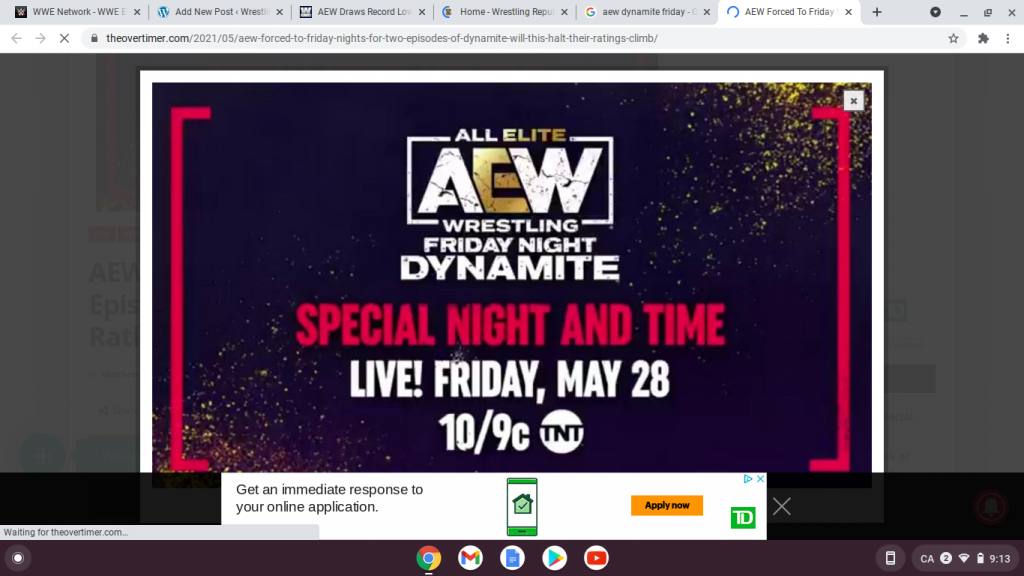 This week’s edition of Dynamite saw a new record low for AEW’s flagship show, Dynamite on TNT. Important numbers do include the Nielsen confirmation of a total 462,000 viewers as well as a 0.19 rating in the all important 18-49 demo.

The obvious reason for this of course, is the fact that instead of being played in the prime time of 8pm on a Wednesday, the show was instead moved to 10pm, as well as switched to a Friday which is an absolute killer.

It’s hard to blame AEW at all or point fingers. Every odd was against getting good numbers. It’s worth noting it went down significantly versus the week prior in the same time slot. So perhaps the card wasn’t super stellar, at least to the eyes. But they still delivered the way AEW does.

All in all, the NBA playoffs suck for AEW as they are the reason why they’ve moved recently, but it could have some good. With Rampage coming to the Friday at 10 time slot, it could get viewers excited for some post Smackdown action!