AEW Dynamite Finish Changed During Match Due To Injury 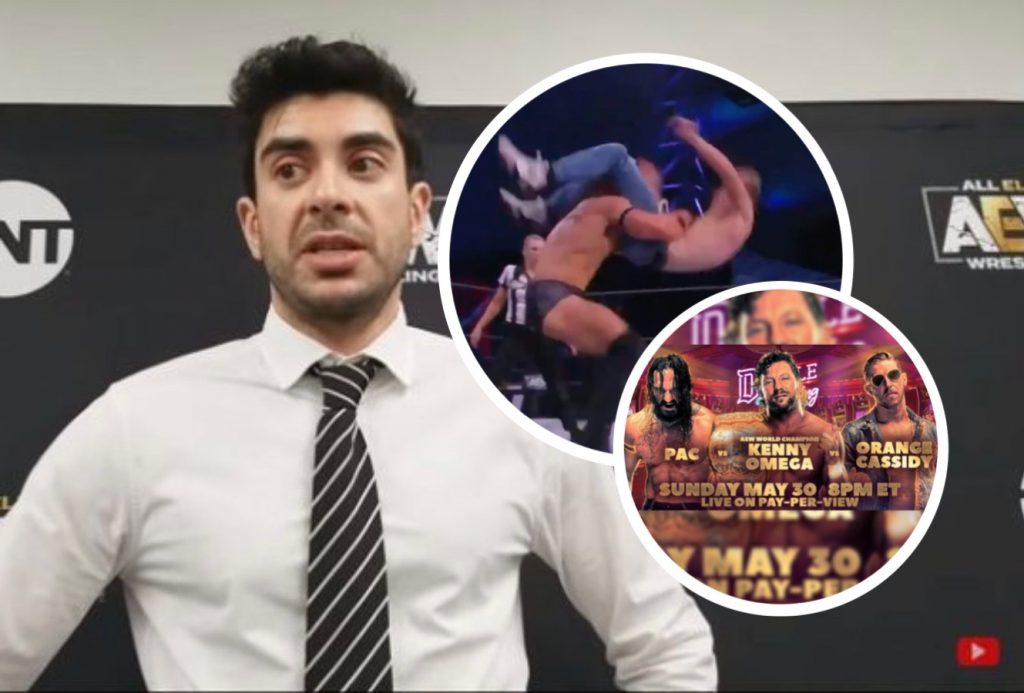 Mike Johnson of PWInsider is reporting that the finish for Orange Cassidy vs PAC last night was changed mid match due to Orange Cassidy going down hurt after taking a sunset flip powerbomb.

After the injury occurred the current AEW Champion Kenny Omega came down to the ring and took out PAC while the referee was distracted leading to both men being down for the 10 count meaning AEW declared the match as a No Contest. Tony Schiavone then came down the stage area to interview Omega and Callis where he revealed it would now be a triple threat match at Double Or Nothing. However reportedly this was no the originally planned ending.

PWInsiders report states that the original plan was for the match to go the full 20 minutes leading to a time limit draw which would have then led to the announcement of the triple threat match for Double Or Nothing.

It was not noted what the extent of Orange Cassidy’s injury was, however it was noted he continuously tried to get back to his feet before he was informed of the decision, so it seems likely to us that it was just a precautionary decision.

At this time the advertised main event for Double Or Nothing 2021 is still Kenny Omega defending his AEW Championship against Orange Cassidy and PAC in a triple threat match.