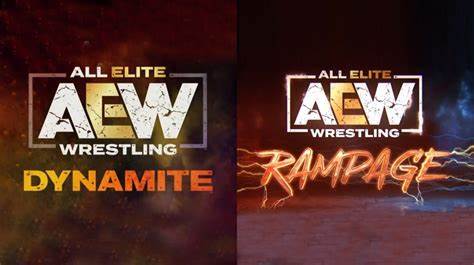 The date is set for AEW Dynamite’s move to TBS; however, it has been announced that Rampage will not follow and remain on TNT.

The time for Dynamite to make its move to TBS will be on the 5th of January 2022, until then Dynamite will remain on its current slot on Wednesday at 8pm ET/PT on TNT. However, for the recently launched Rampage it will not be making the move and will be remaining on TNT in its timeslot of 10pm ET/PT.

The original plan was for both shows to move from TNT to TBS but with Rampage remaining it allows AEW to have two wrestling shows covering two different channels. AEW has been able to show the Turner Networks its worth with Dynamite being able to draw big numbers as well as beat WWE Raw in the key demos for the last two weeks. Also, Dynamite has been able to maintain its spot as the number one show on cable for the last few weeks

With AEW spreading its shows between two channels, could this cause the impact of AEW to spread within the Turner Network and outside it?