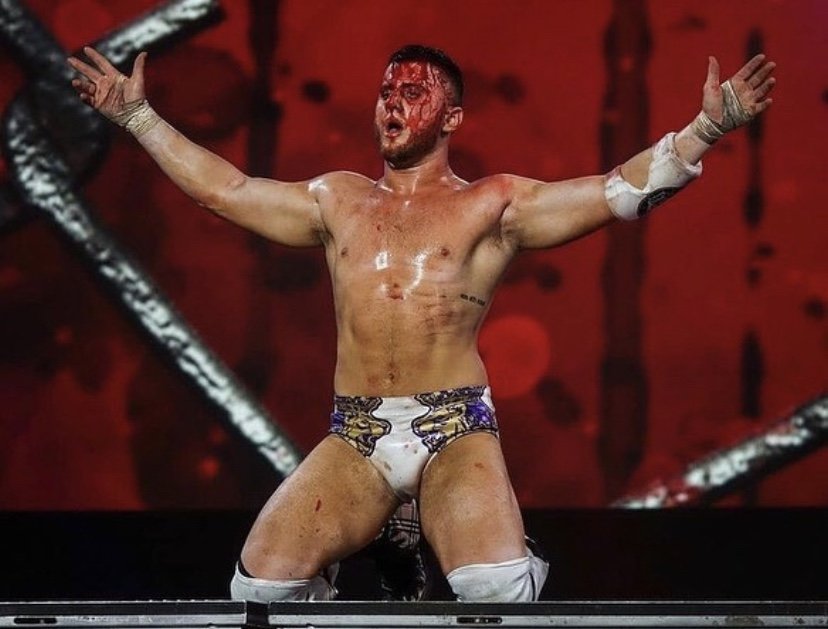 Fans have been waiting over a year now to witness the highly anticipated Blood & Guts match type, and on this weeks edition of AEW Dynamite, it was finally time for the cage to lower, and the war to start!

AVERAGE: To open the show Michael Nakazawa and Don Callis came out to announce that Kenny Omega was unable to make it to this edition of Dynamite, so Nakazawa would take on both men by himself. As Moxley and Kingston came out from the crowd, Kenny Omega jumped both men leading to the two on two tag match which was advertised.

GOOD: After the match the Young Bucks came out before the Good Brothers took out Moxley and Kingston from behind leading to Omega returning and hitting the one winged Angel on Kingston.

GOOD: Cody Rhodes defeated his ex best friend in a fairly brutal one on one singles match, where the referee showed a lot of discretion as both men could have been disqualified several times, and this made the match feel a lot more important. However I wasn’t a fan at all about how quickly QT got up from the Tombstone Piledriver and honestly I would have preferred this match to have gotten more time on a separate episode of Dynamite with a bit more build, as this felt rushed.

MUST WATCH: Scorpio Sky and Ethan Page then had an interview from the stands and both men cut great promos on Darby. Darby then came out of nowhere and brawled with both men in the upper stands. Darby hit a coffin drop from a ladder but eventually Sky & Page managed to use their two on one advantage to get the better of Darby, before they threw him down a flight of stairs in what was an incredibly performed segment which got me invested into this storyline.

GOOD Squash: Britt Baker defeated Julia Hart in a squash match which made her look good ahead of her AEW Women’s Championship match at Double Or Nothing.

GOOD: In an episode of Technique by Taz, Taz pointed out the issues with Christian failing to hit his signature moves as easily in matches as of late

GOOD: SCU defeated the Jurassic Express, Varsity Blondes and The Acclaimed in a decent four way tag match, but not one which was remotely anything special, and the outcome was beyond obvious.

RESULT: SCU pinned Varsity Blondes to become the new Number One Contenders and will challenge the Young Bucks next week

GREAT: AEW then aired a NJPW promo package hyping up Moxley vs Nagata for next week, and this package was the phenomenal quality you’d expect, and got me quite excited for their match next week.

GREAT: Omega came down to the ring before the Blood & Guts match to have an interview with Tony Schiavone where it was announced that Orange Cassidy and PAC will have a ladder match next week to determine the challenger for Kenny Omega’s title at Double Or Nothing. Omega ignored the fact it could be OC, and instead focussed his promo on PAC, leading to Cassidy coming face to face with Omega and Omega cutting a really solid promo on Freshly Squeezed.

GOOD: Before Blood & Guts began, Miro came out for an interview with Tony, and announced that next week he will face Darby Allin for the TNT championship, and if Darby is unable to compete he will have to forfeit the title

MUST WATCH: In the main event it was finally time for the highly awaited and anticipated Blood & Guts match. The Pinnacle and Inner Circle went to war in a match which undoubtedly lived up to its name with nearly everyone at the end of the match bleeding from somewhere. However the blade jobs seemed fairly obvious at times and the match did feature several notches, but they were covered up well. The pure violence of the match, and the the fact there was nothing pretty about it, really gave it more of an old school War Games vibe compared to the more recent NXT ones, for better or for worse. It was an intense battle which was entertaining from start until finish, however the finish itself fell flat to many fans with the crowd seeming displeased.

The AEW Dynamite: Blood & Guts special was easy to watch from start to finish with several interesting angles taking place. There was no segment on the show which was bad, however the first hour for the most part was average-good, which just isn’t quite good enough for a show which was hyped as much as this one, and the fact they tried to jam so much in didn’t help either. The Darby Allin segment along with the main event, as expected, were both must watch television which took the show to the next level.
Overall I rate the show 7.8/10