AEW Double Or Nothing Review 2021 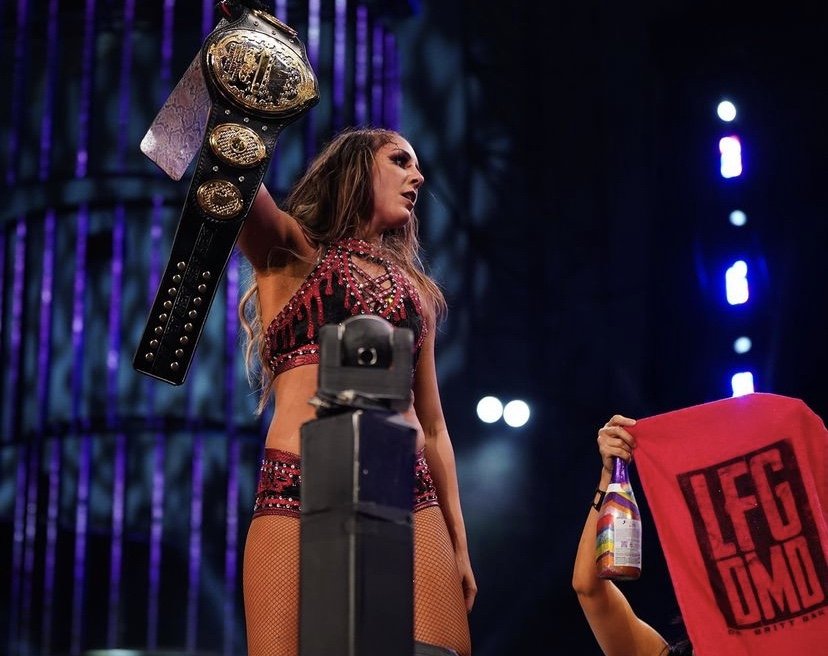 After a disappointing ending to their previous PPV Revolution this past March, with a spot the company will struggle to live down for the next decade, AEW aimed to bounce back. Not only is Double Or Nothing their biggest show of the year, but this year it also had the pleasure of being the first AEW PPV with fans for over 12 months. So did it deliver? Let’s find out!

GREAT: Hangman Page and Brian Cage opened the show and they did it in the best way possible! An absolute hoss fight with phenomenal athleticism throughout. The crowd was heavily into it and the two worked off the crowd incredibly well. However unfortunately there were a few miscommunications throughout.

RESULT: Hangman Page wins via pinfall after Cage got distracted by Team Taz trying to help him

MUST WATCH: From the moment Moxley and Kingston walked out to the loudest reaction of the night to this point, you knew the match was going to be special. As expected, the Young Bucks were overly dramatic and came across as cringe, however as heels and with a packed crowd, this actually shockingly worked very well! The crowd during the match were somehow 10x louder than they were in the opener, and because of this throughout the match there was a feeling of suspended disbelief among the crowd, which of course we haven’t witnessed in wrestling for over a year now, apart from possibly at Mania.

GREAT: In what was likely the best AEW battle royal to date, a star was born, and that star was Jungle Boy! Yes he had big matches in the early days of AEW, but this win put him on a whole new level. The battle royal advanced so many storyline, as well as acknowledging past ones. The curse of the botching joker continued with Lio Rush botching his finishing manoeuvre twice, however it was covered up well in both occasions. I’m almost certain the original plan was for Christian to take the win, but Jungle Boy winning was undoubtedly the right choice and it felt special.

AVERAGE: With the match seeming so predictable going in, many fans hoped for a double turn, or a surprise upset. However this match played out the exact way everyone thought it would. There was nothing bad about it, but nothing good about it either. Definition of ‘just fine’. During the build up of the match, my 13 year old brother turned to me and genuinely asked me how what Cody was saying wasn’t racist toward Britain. Sums it up really if a 13 year old could tell the direction of this story want a good idea.

GOOD: For what it was, Miro vs Archer was highly entertaining, but unfortunately it didn’t get nearly enough time and didn’t give Lance Archer the showing he deserved. The two showed passion and played their roles perfectly. Miro throwing ‘the snake’ got him immense heel heat and was done well. For what these two did in the short time they had, I just can’t help but wish they had more time.

GREAT: In what was the perfect ending to Shida’s year long title reign, her and Britt Baker went to war. Due to the crowd being slightly dead by this point, it did take them a while to get into this, but once they did it was on another level. Both women pulled off their roles near perfectly and Shida showing a new side to her character was a nice touch. However unfortunately there were a couple of botched during the match which did harm it overall.

GREAT: In what was Sting’s first in ring match in 6 years, he put on a great showing. All four men in this matchup were great and Ethan Page along with Scorpio Sky played the cocky heel roles very well. Darby, as per usual, went crazy with his bumps, and Sting being involved with these made him seem 20 years younger. Great performance from all involved.

MUST WATCH: This triple threat was everything you’d expect it to be. Absolute madness, in the best possible way! Regardless if you think him being in the main event is a good idea or not, Orange Cassidy played the babyface role perfectly and the fans were one hundred percent behind him. PAC played his role as the Tweener extremely well too, and of course Omega fitted the cocky heel role as always. The ending few minutes could easily be considered too much to a lot of people, however considering it’s the first event with a full capacity in over a year, you can’t blame them for the amount of false finishes, and every single one of them made sense. Some miscommunications early on in the match did make it seem overly choreographed, but as time went on the chemistry of all three improved greatly.

[NOTE – As per usual for cinematic matches, the following will be reviewed as a segment instead of a match]

MUST WATCH: Just like last years edition, Stadium Stampede was once again a love or hate type segment. However whether you loved it or hated it, you couldn’t help but he entertained. At times there were a few questions marks towards what happened in-between certain parts, such as when FTR & PNP weren’t shown for over 10 minutes, but it admittedly is a very hard thing to book, and having less camera changes made it a lot easier to watch. While there was some comedy in the match, nobody was harmed by it. A fun and entertaining way to end a solid PPV!

Overall AEW absolutely delivered with this years Double Or Nothing, with quality matches consistently throughout the card, well produced matches, and a fantastic crowd. However the show did feel slightly too long and had a few too many matches making it feel oversaturated, which did harm some of the matches in the middle. The main ‘meh’ point of the show was Cody vs Ogogo, which absolutely was not good enough considering how much time they have put in to building the feud, and Ogogo did not look any stronger coming out of it than he did walking in. 8.6/10.