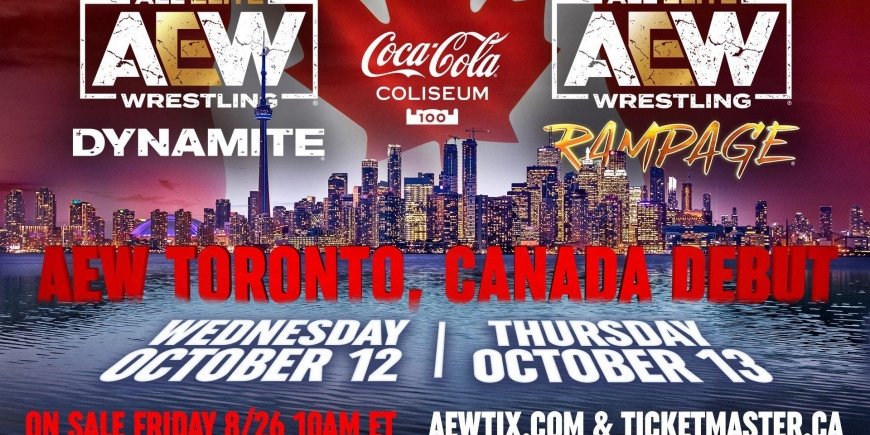 For the first time, All Elite Wrestling is traveling to Canada.

Fans of AEW in Canada finally know when AEW will be in their area. On July 27, AEW announced that they would be visiting Toronto for two shows at the Coca-Cola Coliseum on Wednesday, October 12, and Thursday, October 13. There is enough for 10,279 people in the arena.

Rampage’s Thursday release date is intriguing and signals that the program might be moving to a new night, which might increase ratings. Alternatively, they’re keeping the team in town for an extra night so they can film Rampage the day before.

This is the first time AEW will present a show outside of the United States of America. In the past, Tony Khan has spoken about his desire to run Craven Cottage in the UK.

Tickets will be on sale for the event on Friday, August 26 at 10 am ET on aewtix.com and ticketmaster.ca.