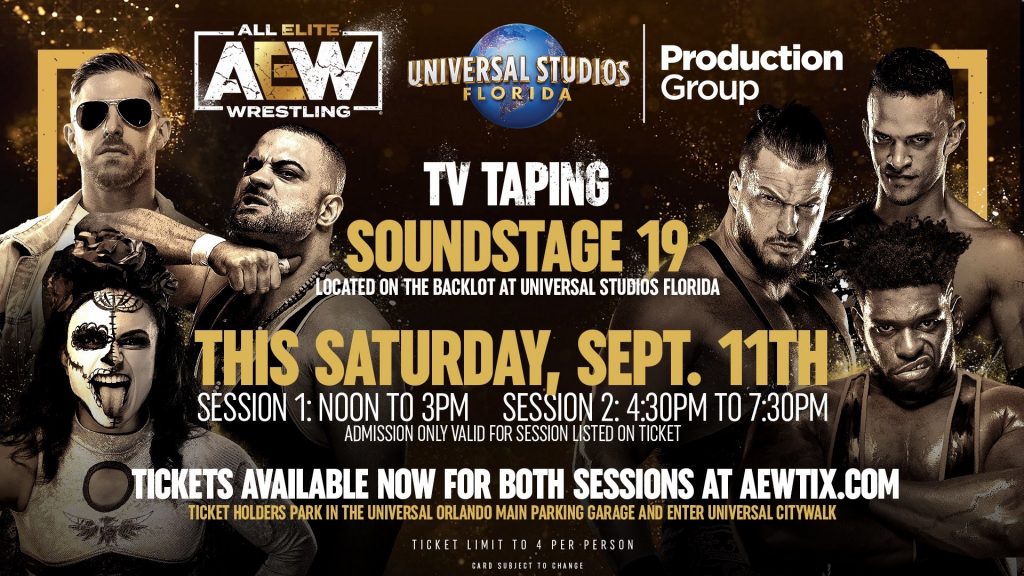 AEW will be taping upcoming episodes of Dark from Universal Studios in Florida.

Since going back on the road and launching their new show Rampage, AEW have had a busy schedule filming Dark and Elevation.

Today, AEW announced via Twitter that they will be taping upcoming episodes of Dark from the soundstage 19 within Universal Studios in Orlando, Florida.

Be part of a live studio audience for #AEW action at @UniversalORL Florida, This Saturday, Sept. 11:
– Session 1: 12 pm-3 pm
– Session 2: 4:30 pm-7:30 pm
With limited seating available, and tickets are available for both sessions NOW at https://t.co/rFcIFUPD6k pic.twitter.com/yoi8Lp1bwO

The tapings will take place on September 11th with two sessions. The first will run from 12pm-3pm, and the second will run from 4:30pm-7:30pm.

IMPACT Wrestling have used Universal Studios’ soundstages in the past to tape shows.

While AEW haven’t announced any matches for the show, important names including Orange Cassidy, Thunder Rosa, Eddie Kingston, Powerhouse Hobbs, Wardlow and Ricky Starks were featured on the promotional graphic.