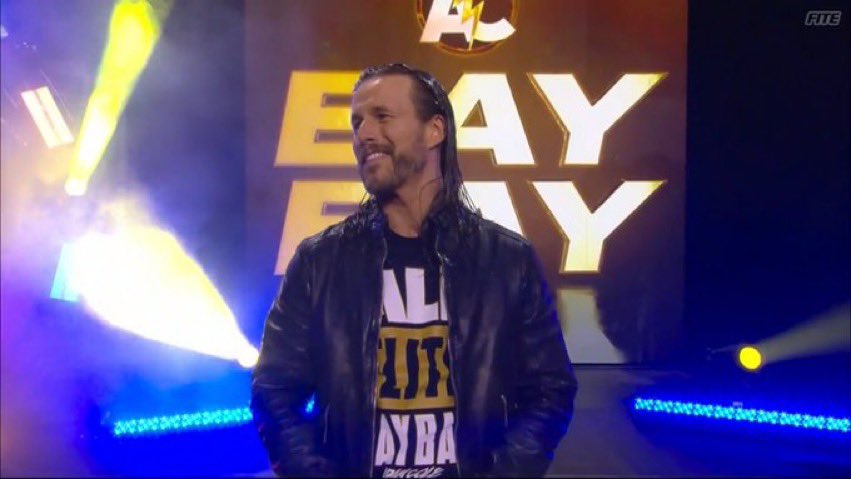 GREAT: In the first match of night, Miro defeated Eddie Kingston in a very entertaining opening match to retain the TNT Title. This was a strange choice as an opening match, as the heel won, and the crowd fell flat at the result. For the other parts of the match, the crowd was awesome.

GREAT: Jon Moxley defeated Satoshi Kojima in a very physical back & forth match where both men looked great.

MUST WATCH: After the match, Moxley was standing in the ring when a theme song started playing and out came Minoru Suzuki. Suzuki walked to the ring with the crowd going absolutely nuts & when he got to the ring, he and Moxley started brawling. This ended after Suzuki hit Moxley with a Gotch Style Piledriver. This was so great and the crowd only enhanced it.

GOOD: Britt Baker defeated Kris Statlander in a pretty good match to retain the AEW Women’s Championship. This match was hampered by a couple major botches in the match, but both women seemingly tried their best.

PERFECT: The Lucha Bros defeated The Young Bucks to win the AEW Tag Team Championships in easily the best tag team match of the year. These two teams went back and forth for so long and kept the crowd invested in every single second of it. The match came to an end after Rey Fenix jumped off the top of the cage onto the Young Bucks and then the Lucha Bros hit their tag finisher. This match was the defintion of perfection and the crowd’s reaction when the Bros won was loud and well deserved.

GOOD: Ruby Soho wins the Casino Battle Royal to earn a shot at the AEW Women’s Championship. This was a messy match at times and the cameras missed a few eliminations, but the final two being Soho and Rosa was good.

GOOD: Chris Jericho defeated MJF in good match that was a bit overbooked, especially toward the end, with Aubrey Edwards counting to three and then the match got restarted.

MUST WATCH: CM Punk defeated Darby Allin in Punk’s first match back in over seven years. This match did not disappoint at all, despite Punk not being as smooth in the ring as he was seven years ago. This was the loudest the crowd had been all night and this is certainly a match and a moment to remember.

AVERAGE SQUASH: Paul Wight defeated QT Marshall in a very quick match that was not necessary at all.

GREAT: Kenny Omega defeated Christian Cage to retain the AEW World Championship in an awesome main event, possibly one of the best in AEW history, despite the unnecessary interference from the Good Brothers and Don Callis which hurt the match a tad.

PERFECT: After the match, The Super Elite beat up Cage until Jurassic Express attempted to help Cage to no avail. Omega got on the mic and said there is no one that is on his level that is wrestling and then the lights went out and when they came back on, Adam Cole came out to a huge ovation. When it looked like Cole was going to take on the Super Elite all by himself, he superkicked Jungle Boy and hugged and joined the Super Elite. Omega got back on the mic as he says he wanted to send the crowd home happy and just as he was about to say goodnight, music hits again and this time it is Bryan Danielson. Danielson comes out to what sounded like a million “Yes!” chants and joins the side of Jurassic Express and Cage. They then fight off the Super Elite to end the show. This was an amazing moment and will be remembered for a very long time.

Overall, this was one of the best pay per views of the year, possibly the best if the squash match was taken out. The first few matches were good, but didn’t kick it to the next level. The steel cage match absolutely stole the show, such a phenomenal showing from all four men. The Jericho match underwhelmed and the main event was plagued by too many shenanigans. Moments were a massive part of the show such as Soho debuting and winning the battle royal, Danielson, Cole & Suzuki all appearing and taking part in brawls, and of course CM Punk’s return to Pro Wrestling. This turned out to be one of, if not, the best AEW PPVs ever.