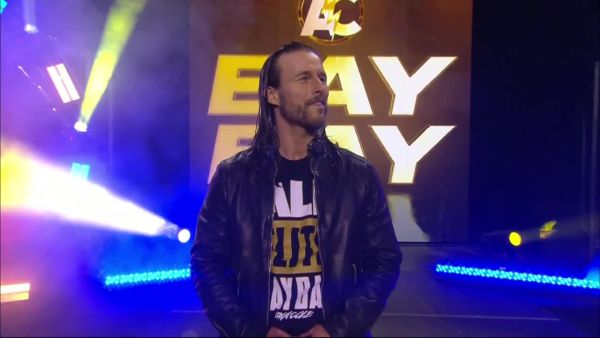 Adam Cole talked about his recovery status and said he had nagging ailments from his 14-year career. He said he’s feeling great and will be back in the ring soon.

Adam Cole has been one of AEW’s top featured stars ever since his debut back in September. He’s faced some of the best competitors the company has to offer and put on great matches everywhere he goes.

He has been recovering on the sidelines ever since the PPV, but he isn’t the only one out with an injury. CM Punk and Bryan Danielson have also had to take time off to recover from a broken foot and a concussion.

Jungle Boy had also been out with an undisclosed injury, but he made a surprising return this past Wednesday on Dynamite. The string of injuries has made Tony Khan’s job harder, but he may be gifted with more returns.

Danielson, Punk, and Cole are reported to be close to returning to action soon. Cole recently spoke about his recovery with GameSpot’s Wrestling Buddies podcast, where he talked about his current condition.

“I’m doing ok. I’m definitely on the path, on the track to recovery for sure. I have a great team around me that is helping and just making sure that I’m taken care of to the best of my ability.,” Cole said. “AEW has been fantastic as far as making sure that I’m getting the right care that I deserve. And I feel like a progress and a move forward every single week for sure.”

Cole further explained how he had gained several ailments over his 14-year wrestling career, yet has hardly taken time off.

“I was pretty banged up. So, again, for 14 years, being in the pro wrestling industry, I think the most time I had ever had off, ever, as far as traveling, being on the road, was one month. I’ve been going, going, going non-stop. So eventually our bodies kind of catch up to us and I had a couple of things that were kind of lingering for me and then with what happened at Forbidden Door. But I feel good. I’m very confident I’ll be back in the ring soon. I’m excited to be back. I miss it so much already. But, yeah, I’m feeling good. I’m feeling good.” (H/T Ringsidenews.com)

While an exact return date isn’t known, Cole seems confident that he’ll be back in the ring soon. With All Out around the corner, it’ll be a huge relief for Tony Khan to have one of his top stars back.