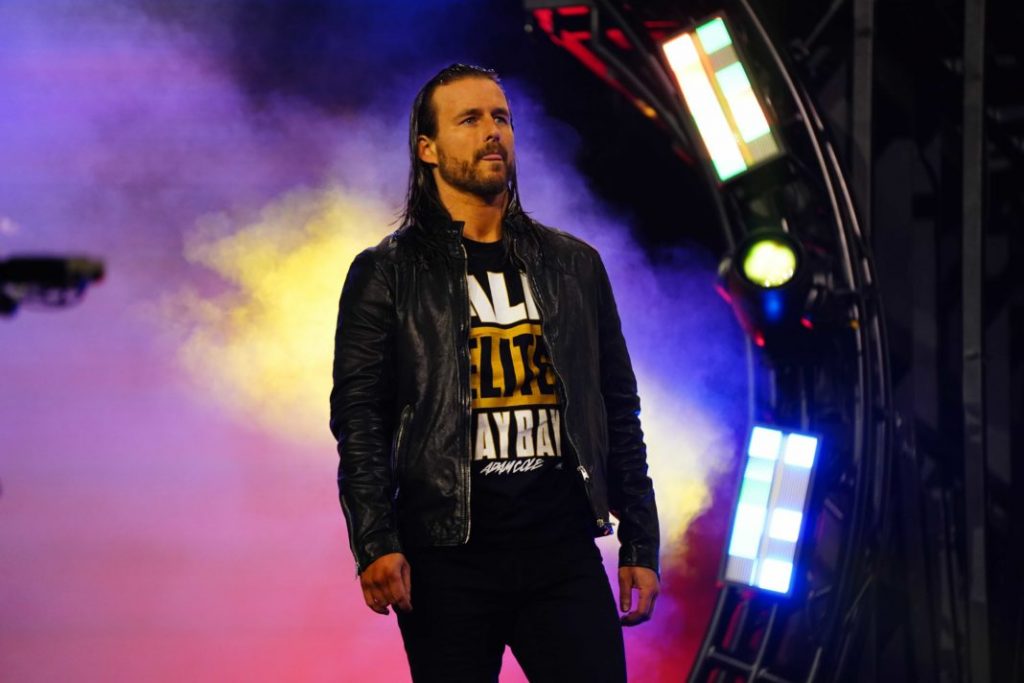 All Elite Wrestling Star Adam Cole has revealed the original plans for Undisputed Era in NXT.

Adam Cole has been one of the main faces in AEW television ever since his first appearance at last year’s AEW All Out pay-per-view.

Some months after he debuted and aligned himself with The Young Bucks, Cole started to join forces with his former NXT colleagues- and Undisputed Era partners-Kyle O’Reilly and Bobby Fish.

The former NXT Champion has recently joined WWE Hall of Famer Kurt Angle at his ‘Kurt Angle Show’, where he revealed that WWE’s original idea was to make Undisputed Era a trio, as well as explaining that Bobby Fish’s injury was the main reason why they added Roderick Strong to the group.

Cole also explained that it wasn’t hard to pick Strong for the group, mainy because of the friendship they all had.

“The three of us were kinda off to ourselves. And we said to ourselves, ‘I know we said we don’t want anyone else in the group, but Roderick Strong would be perfect, we’re all buddies with him.” (H/T WrestlingInc)

He continued by noting that, at one point, WWE discussed with them the possibility of adding one or two more members to the group. However, Cole said that they all felt Roderick Strong was the only exception to the original plan.

“Adding one or two more people to the group was discussed at one point, and I know the four of us were kind of like, ‘Eh.’ We felt like Roderick was the exception to the rule.” (H/T WrestlingInc)

Ever since his arrival to All Elite Wrestling, Adam Cole has taken part at interesting rivalries against Jungle Boy, Orange Cassidy and ‘Hangman’ Adam Page.

He also won the inaugural Owen Hart Foundation Tournament and competed at Forbidden Door’s IWGP World Heavyweight Title Match, apparently suffering from an injury at the end of the match.