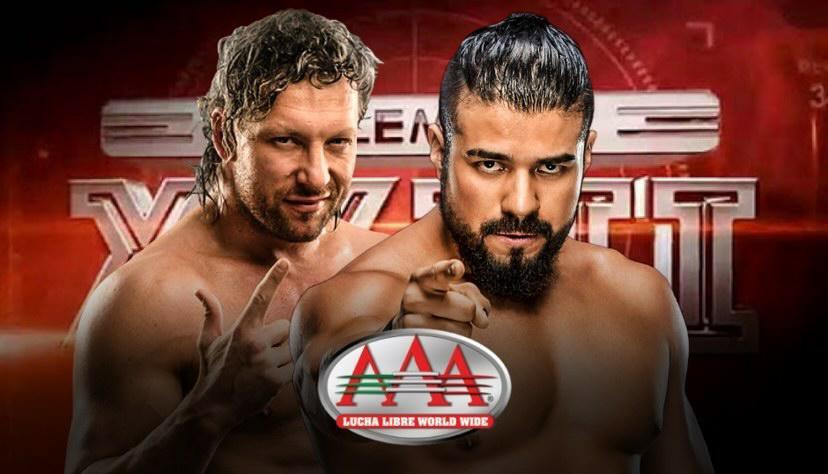 Earlier this week, Lucha Libre AAA Worldwide held their 24th Rey de Reyes event on Sunday, May 1st. One of the highlights of the show was a video package shown featuring former NXT Champion and recently released WWE Superstar, Andrade. This would mark his first appearance in wrestling since October 12, 2020. In this video package Andrade challenged current AAA Mega Champion, Kenny Omega, to a match for the title at AAA’s TripleMania XXIX in August. You can watch the video below.

Kenny Omega, who won the title back at Héroes Inmortales XIII in 2019, has only defended the title four times in the 563+ days he’s held it. However since winning the Triple A Mega Championship, Omega has gone on to secure the AEW Championship and the Impact World Championship, becoming the first and only person to hold all three in their career, let alone at the same time. Kenny responded less than 24 hours after the initial Tweet, claiming to be a “busy guy”.

After Kenny tweeted this out he was met with mostly positive comments, with Most telling him to take his time. However the former WWE United States Champion had some other words.

In my opinion, Omega has had a very lackluster reign. He’s only had four defenses in the over 500 days he’s held it, but that’s not his fault, he had to hold the title during the pandemic. Maybe a match with another major well known star like Andrade will make his reign more memorable and less forgettable. But what do you think? Let us know in the comments below.