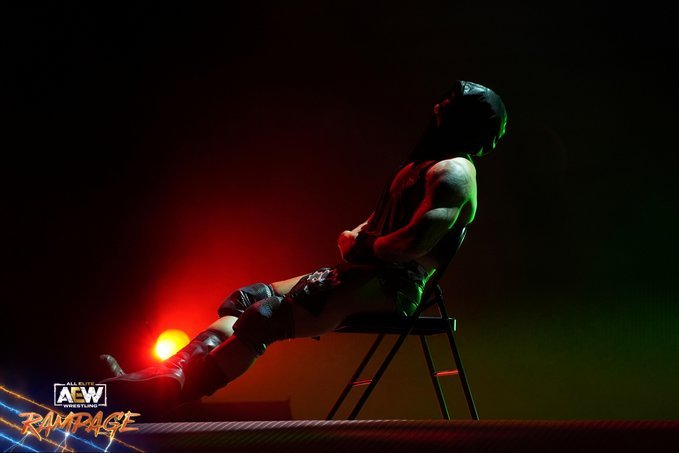 One week removed from Battle of the Belts, we already have more title matches taking place. Welcome to Friday everyone, where I look forward to 3 things. Football, free time, and wrestling. Going into Rampage this week I have high hopes. With the tag titles on the line, Adam Cole taking on Trent Beretta and Andrew freaking Everett debuting, this show should be good.

GOOD – Opening up the show, we got Adam Cole taking on Trent Beretta. Trent started off strong, almost getting the win early on, however Adam was able to get the upperhand and take advantage of the match. The two would continue to go back and forth before Trent Beretta went for the Dudebuster. But wait! Before he is able to connect with the Dudebuster, Adam Cole reverses it into the Panama Sunrise for the victory.

AVERAGE SQUASH – Up next, Shawn Spears came out to take on a debuting Andrew Everett. The Chairman made short work of Everett, ending the match quickly with a C4

GREAT: After the match, we got an awesome promo from Shawn Spears. Shawn cut a promo talking about himself and how he’s the guy who wasn’t supposed to be here, how he was the guy who wasn’t supposed to make it. Spears then began to talk to CM Punk and he told Punk that come next week, Punk will be stepping foot in the ring with a 20 year veteran and he better be ready. This was definitely one of the best promos Shawn Spears has ever cut in his entire career.

GREAT: I loved this segment. We got a music video, (rightly named “Goth Phase”) from Max Caster. It was a diss track music video directed towards Darby Allin and Sting featuring Anthony Bowens as Darby Allin and a 3rd man dressed up as “Stang”. This was really funny to watch and I hope we see more of these music videos in the future.

SATISFACTORY: Up next we got a pretty mid 6-woman tag match between the team Leyla Hirsch, Kris Statlander, & Red Velvet and Nyla Rose, The Bunny, & Penelope Ford. This match was nothing special and it revolved around the heat surrounding Kris and Leyla. The two got into a shouting match towards the end of the match before Leyla got rolled up, scoring a victorying for the heels.

GOOD: Jay Lethal came out next. On Dynamite earlier this week, Lethal alligned himself with Dante Martin, saving Martin from an assault at the hands of Team Taz. Jay Lethal makes it very clear to both Ricky Starks and Taz that he is indeed coming after the FTW World Championship.

GOOD: In the main event, we got tag team action as Jurassic Express defended their tag team titles against John Silver and Alex Reynolds of The Dark Order. Luchasaurus and Jungle Boy had a lot of momentum early on, before Silver and Reynolds were able to take control going into commerical. They remained in control for while until Luchasaurus was able to get back into match. He hit a double chokeslam, before pinning John Silver for a two count. The two teams continued to go back and forth before Luchasaurus is able to pin Alex Reynolds for the win.

Usually I would compliment AEW for putting on a good show, but I don’t know what to say here. While not terrible, this show was definitely the weakest Rampage in weeks. With really strong out of ring, and somewhat decent in ring work, this week was nothing more than a really mixed bag. The opening match and the main event were okay, but the other matches are definitely nothing special. Here’s to hoping they can pick it back up again next week.