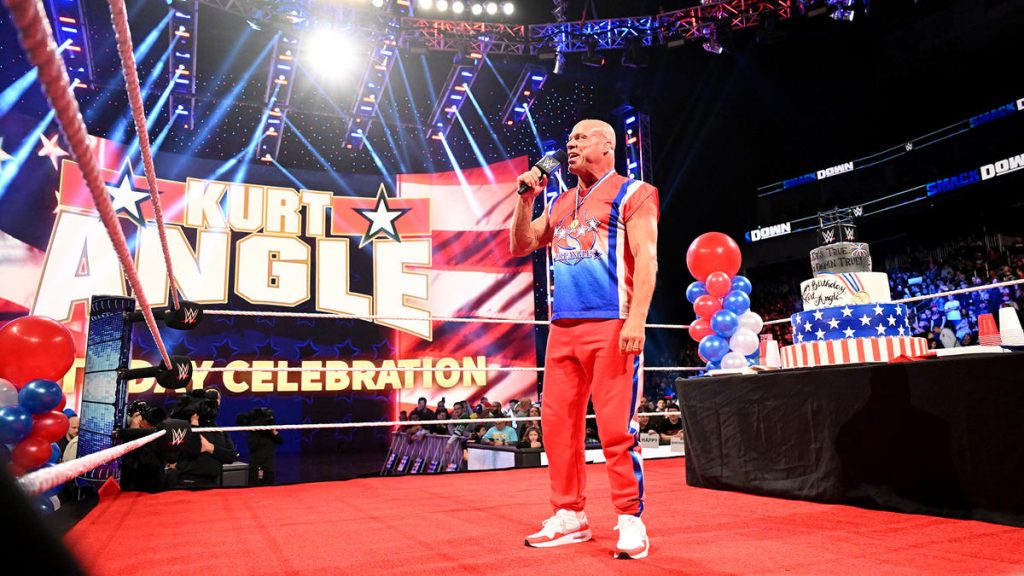 This week’s Smackdown was a fun show that saw The Usos retain their Tag Team Championships, Liv Morgan and Tegan Nox win their first match as a tag team and Kurt Angle’s birthday celebration.

So, here are five things we learnt from this episode of Smackdown.

This week’s Smackdown started off with The Usos defending their Tag Team Championships against Sheamus and Butch in a great match. The Brawling Brutes came close to winning, but eventually The Usos would hit the 1D to retain their titles, thanks to help from Sami Zayn.

This match was a great start to Smackdown. We have seen these two factions face each other on multiple occasions, so it’s no surprise that these two teams put on a fantastic match together. I know that I’ve been asking WWE to give Butch the Pete Dunne name back, but honestly I‘ve been enjoying Butch. I don’t think he needs the name change yet because he is doing fantastic work with the Brawling Brutes.

The Bloodline were entertaining as usual. Jey Uso told Sami to trim his beard and his hair ready for next week’s Smackdown, it’s supposed to be a big night for him.