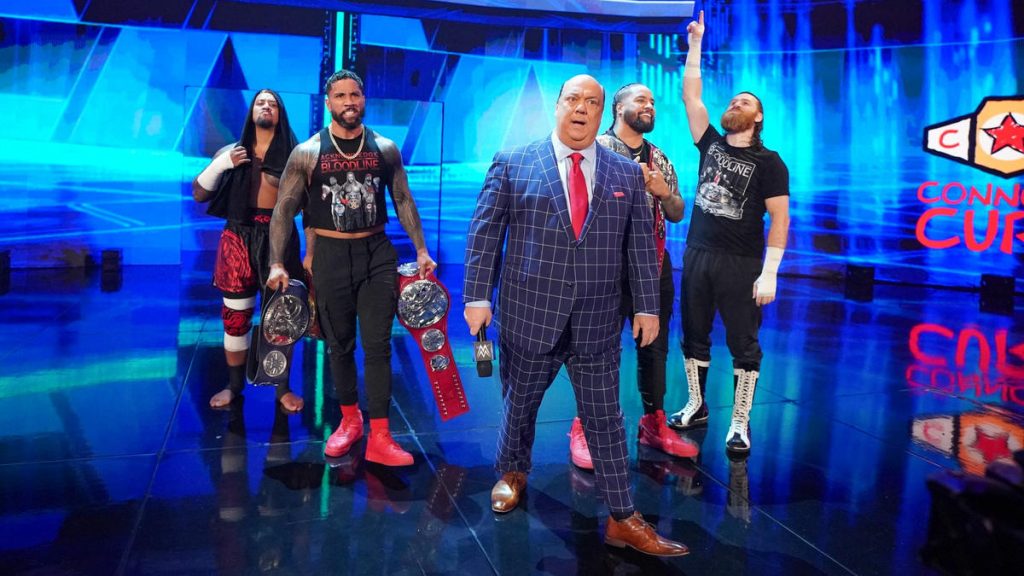 This week’s eventful Smackdown saw the start of the rivalry between Roman Reigns and Logan Paul, The Brawling Brutes become the Number 1 Contenders for the Tag Team Championships and the match between Liv Morgan and Ronda Rousey become an Extreme Rules Match.

So, here are 5 things we learnt from this week’s Smackdown.

5. The build for Liv Morgan vs Ronda Rousey is so much better

It’s no secret that Liv Morgan’s Smackdown Women’s Championship reign hasn’t been great, which isn’t her fault as it’s the booking that has been poor. For example, after beating Ronda Rousey in controversial fashion at Summerslam, Liv Morgan didn’t really admit that she should’ve lost to Ronda, which is strange because she’s the face. So, it’s things like that which is why the booking has been weird. WWE have sort of built Liv back up now though after she beat Shayna Baszler at Clash at the Castle.

The build for Liv vs Ronda for Summerslam wasn’t that exciting and it didn’t make you interested to see this match, well they have done a better job this time. Ronda seems a lot more comfortable on the microphone and she is fun to watch on Smackdown, while Liv Morgan actually looks like a champion now after her win over Shayna.

This week’s backstage segment did a great job of showing the tension between the two and they’ve made the match a lot more interesting by adding the Extreme Rules stipulation.

The only issue I have is Liv Morgan actually challenged Ronda Rousey to the Extreme Rules match, it’s a bit strange that she would do that after she was very lucky to beat Ronda in their previous matches. I personally think that Liv has a plan, and we could maybe see a Liv Morgan heel turn.