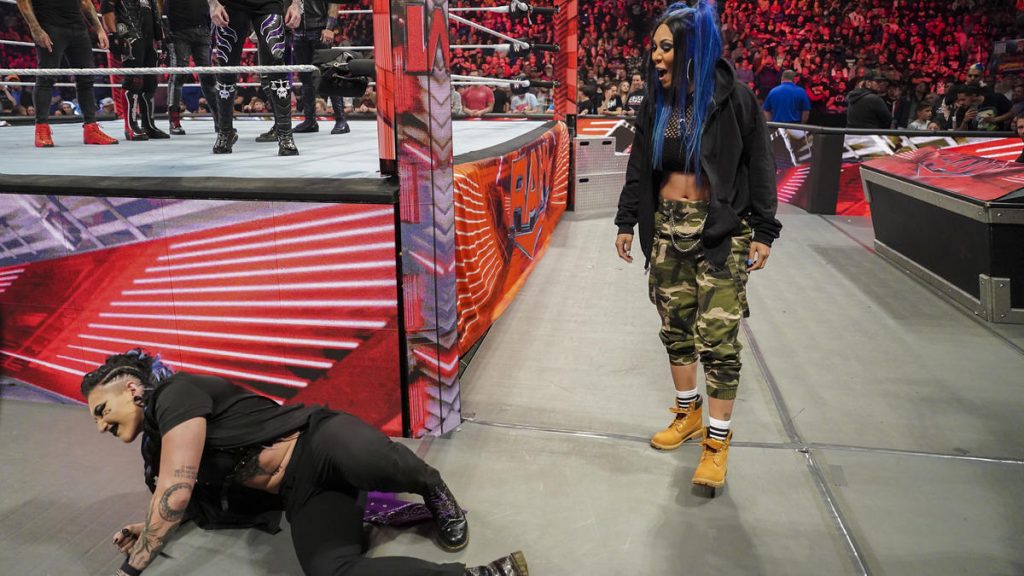 This week’s RAW saw Bianca Belair, Asuka and Alexa Bliss, come out to the ring and challenge Damage Ctrl to a War Games match at Survivor Series. Then a big fight broke out between the two teams. The match was made official and both teams will include five wrestlers. Damage Ctrl’s team currently consists of Bayley, Dakota Kai, IYO SKY and Nikki Cross. Team Bianca currently includes Bianca Belair, Alexa Bliss and Asuka.

It makes sense that this is one of the War Games matches, these wrestlers have been in a rivalry since Bayley, Dakota and IYO returned to WWE. The segment on RAW was mainly just there to announce that this match is set to happen at Survivor Series. This match will probably be the finish of this rivalry. I’m very excited to see who the other participants in the match will be.

It will be interesting to see what the Men’s War Games match will be, it could be The Bloodline vs The Brawling Brutes.