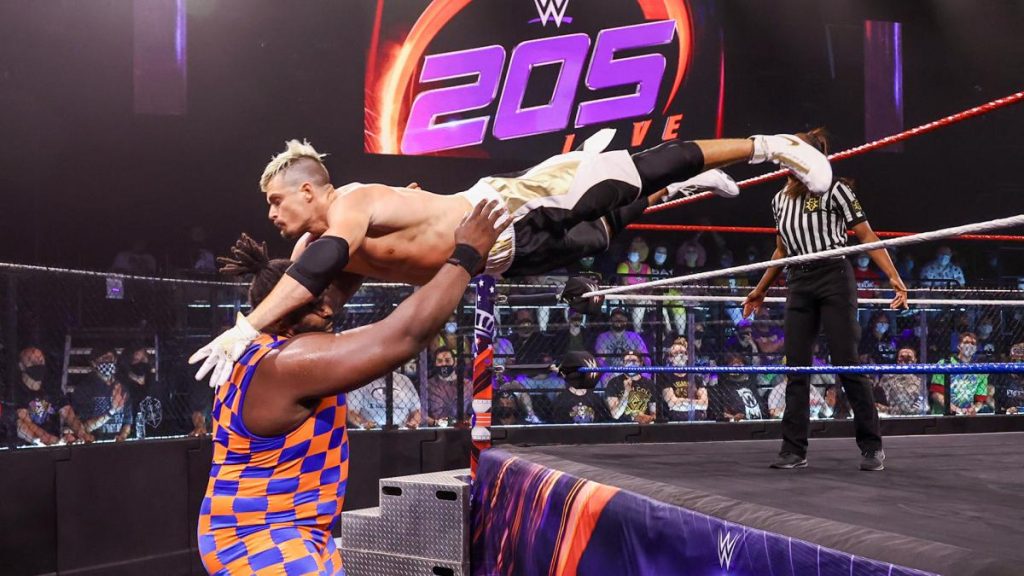 Just like last week’s episode, this episode of 205 Live featured two qualifying matches for the NXT Breakout Tournament, with competitors who are not necessarily cruiserweights.

AVERAGE: Josh Briggs battled Asher Hale to kick off this episode of 205 Live. Briggs weighs 290 pounds and should have never wrestled on 205 Live to begin with. However, ignoring that, the two put on a decent match, with a couple of great near falls it is a shame Hale lost to one Clothesline though.

AVERAGE: two short backstage promos followed from both of tonight’s main event competitors, Odyssey Jones and Grayson Waller. Both promos were adequate but nothing special.

GOOD: Jones and Waller then faced each other in the main event. Jones weighs 405 pounds and belongs nowhere near the purple brand. Putting that aside, the two had a well worked match, with Waller in particular looking extremely impressive and showing off his diverse moveset. it’s a shame he had to lose his undefeated streak to someone who will likely never wrestle in 205 Live again.

Overall, it was disappointing to have yet another episode of 205 Live with two competitors who are way above the 205 weight limit. As I said last week, the talent is not to blame and Briggs and Jones both seem like decent talents, but they belong nowhere near 205 Live. While nothing was bad in-ring wise in this episode, the fact the weight limit has been ignored, will sadly have a negative effect on this episode’s rating.