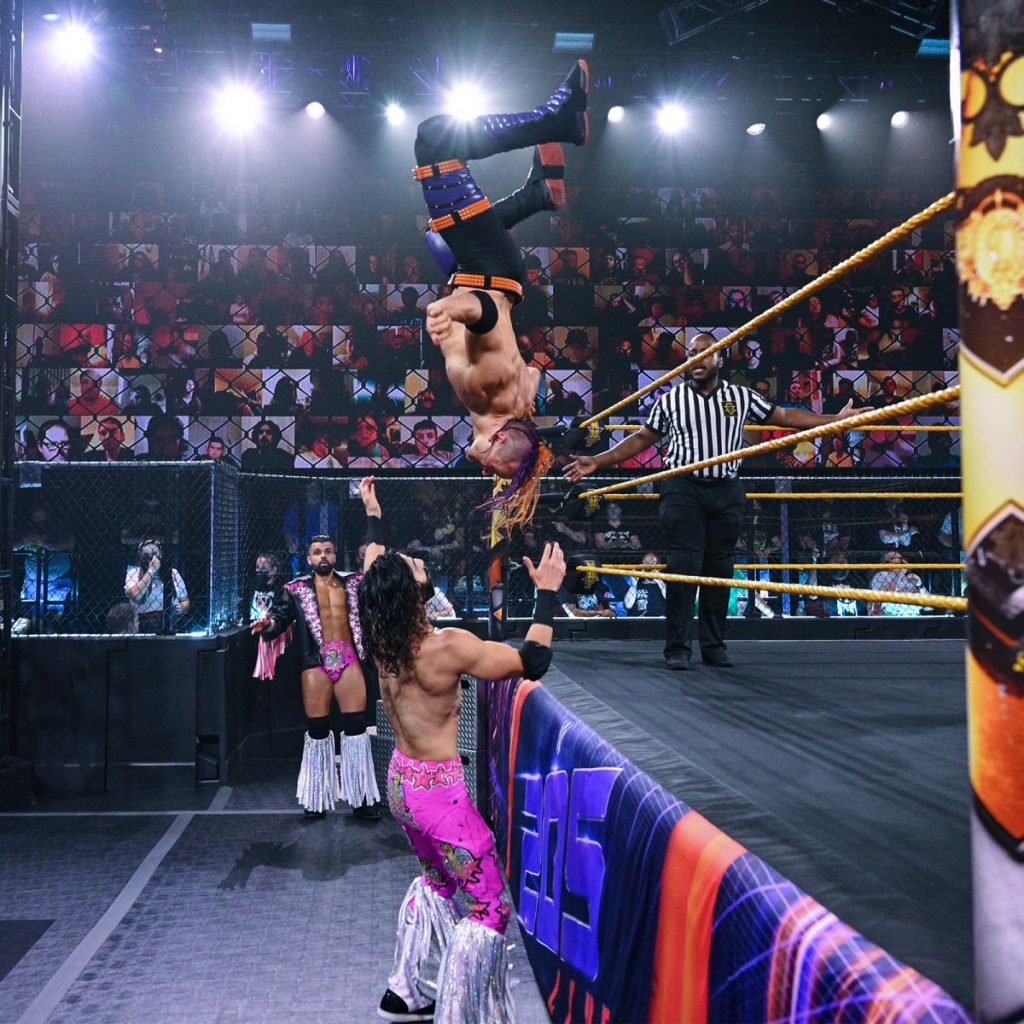 After a long time with no new faces in the 205 Live Roster, this week, 205 Live featured two debuting wrestlers. Alex Zayne made his 205 Live debut under his new ring name, and Ikimen Jiro was a part of this episode too, in what was a decent episode of 205 Live.

AVERAGE: A debuting Ari Sterling (FKA Alex Zayne!) battled with Samir Singh to kick off this episode of 205 Live. Zayne won the match and showed some of his unique offense, however, it was clear he’s only getting started. The match was fairly short and could have done with a couple more.minutes, but was still acceptable.

GOOD: In the main event of this episode of 205 Live, Tony Nese and Ariya Daivari faced off against August Grey and a debuting Ikemen Jiro. All four competitors looked great in this match, especially Nese, who is continuing his hot form from last week. Jiro was impressive too, however, with his current gimmick it looks very hard to see him ever succeed in the main roster, as people with gimmicks like him usually get treated as a joke in the main roster.

Overall this episode of 205 Live was a decent, easy-watch episode. While there weren’t too many storylines progressing, it was good to see some new faces in 205 Live who both looked impressive.