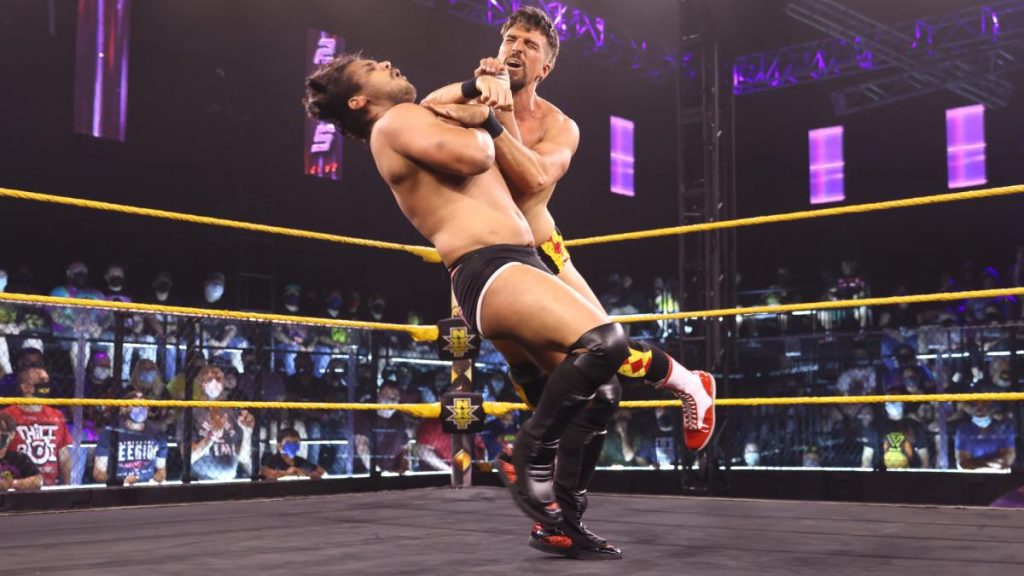 After nearly all of the 205 Live roster was released, this week featured four superstars who have never wrestled in the purple brand, and most of whom are not cruiserweights, in two qualifying matches for the NXT Breakout Tournament.

AVERAGE: Guru Raaj, who you might remember from the WWE Superstar Spectacle as he wrestled Finn Balor in that event, tangled with Andre Chase to kick off this episode of 205 Live. Chase weighs 216 pounds, but even putting that aside, this match struggled to create any emotion and was a fairly weak match.

AVERAGE: Joe Gacy and Desmond Troy main evented this episode of 205 Live.Gacy weighs 230 pounds, and Troy weighs 260 pounds. This is just disrespectful to me and everyone else who tuned in to 205 Live hoping to see cruiserweight action. Ignoring that, the two put on a match which was adequate.

After releasing nearly all of the 205 Live roster, WWE decided to not have new talents joining 205 Live, but instead use it as ‘NXT DARK’. If WWE wanted to have qualifying matches for an NXT tournament on 205 Live, the competitors could have at least been cruiserweights. Both matches were acceptable when it came to the in-ring work, and none of the talents are to blame for this, but WWE treats 205 Live as if no one watches it, and are then surprised that no one watches it.