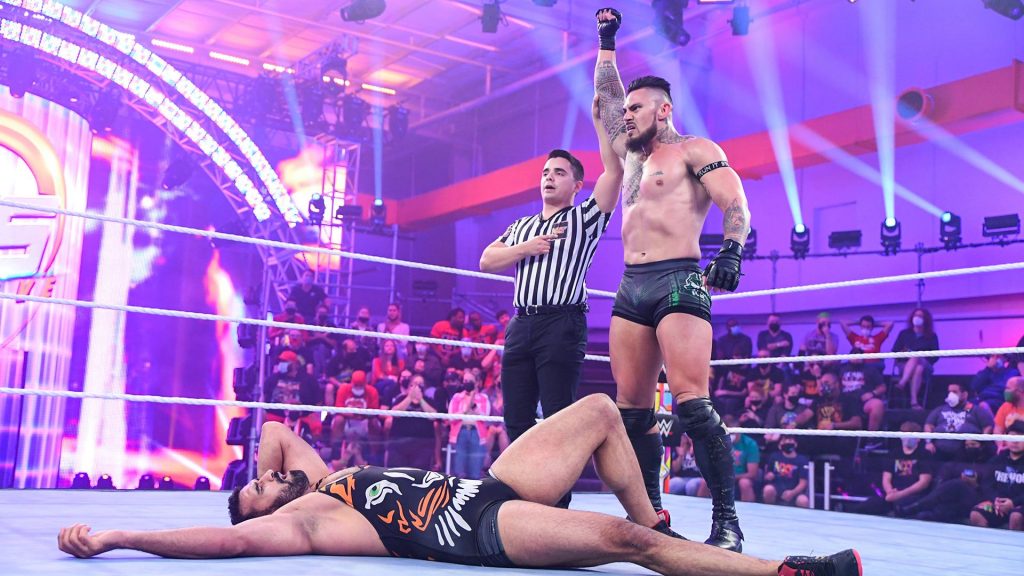 This episode of 205 Live featured a weak opening match, but two great matches which showcased some great new talents.

SATISFACTORY: To kick off this episode of 205 Live, Amari Miller & Valentina Feroz faced Katrina Cortez & Yulisa Leon. The two teams put on a really short match which didn’t have many highlights.

GOOD: Duke Hudson made his 205 Live debut against Malik Blade. Despite the match being fairly short, both competitors delivered a great “David vs Goliath” story.

GOOD: To main event this edition of 205 Live, Jeet Rama went one on one with Xyon Quinn. The two put on a decent technical match which was a great way to end the show.

Overall, this episode of 205 Live was a pretty good one. Though there was no need for the opening match, as the spare time could’ve been used to give the main event a couple more minutes, this was still a decent and enjoyable episode of 205 Live.