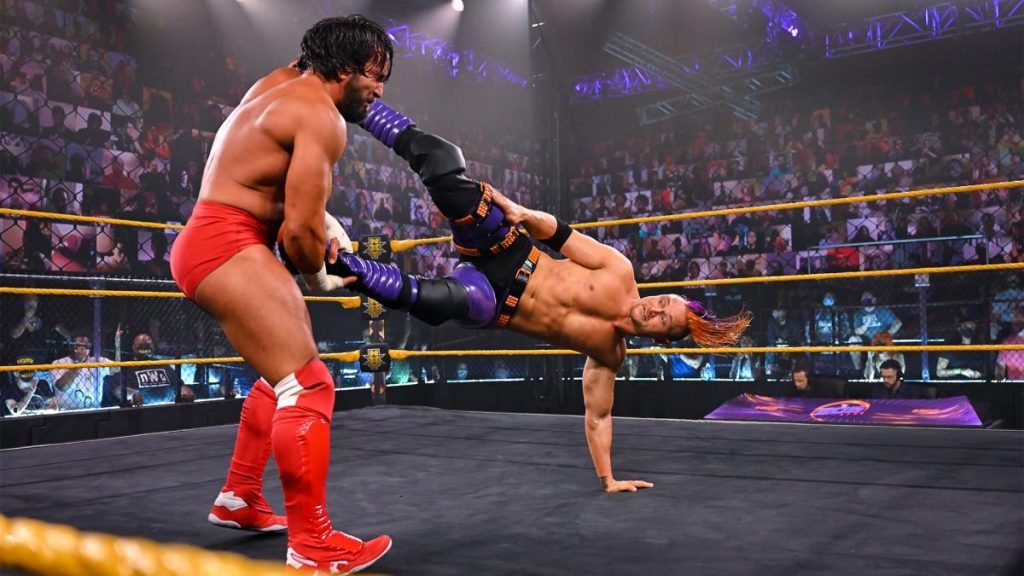 Last week, 205 Live had two wrestlers debut, this week, this trend continued with Asher Hale making his 205 Live debut. Ari Sterling, who debuted last week, was also on the show as he faced Tony Nese in an exciting main event.

AVERAGE: Ariya Daivari faced off with Asher Hale (who made his 205 Live debut!) to kick off this edition of 205 Live. It is good to see new faces in 205 Live, but even putting that aside, the match was still decent. A couple of great near-falls really helped the match pick up steam towards the end. could’ve been better if they gave the two five more minutes.

POOR: An odd segment followed, in which The Bollywood Boyz and Ever-Rise talked to each other about the new faces in 205 Live, and then Ever-Rise promoted Ever-Rise Live, without explaining what that even is (after researching it, turns out it is a short series Ever-Rise are doing on the WWE NXT Facebook page). Besides that, the audio in this segment was terrible and you could barely hear what any of the people in it were saying.

GREAT: Tony Nese went one on one with Ari Sterling in the main event of this episode of 205 Live. Unsurprisingly, the two put on a fantastic match. The Premier Athlete might be one of the most underrated wrstlers in the world right now, and Sterling is continuing his impressive performances in 205 Live, though he might want to start doing less flips as he almost botched a move twice. Shockingly, Nese picked up the win after what was a great showcase of two great wrestlers.

Overall, This episode of 205 started off adequete, but things really picked up steam towards the end of the show. Ever since new faces started coming to 205 Live, the show has massively improved.