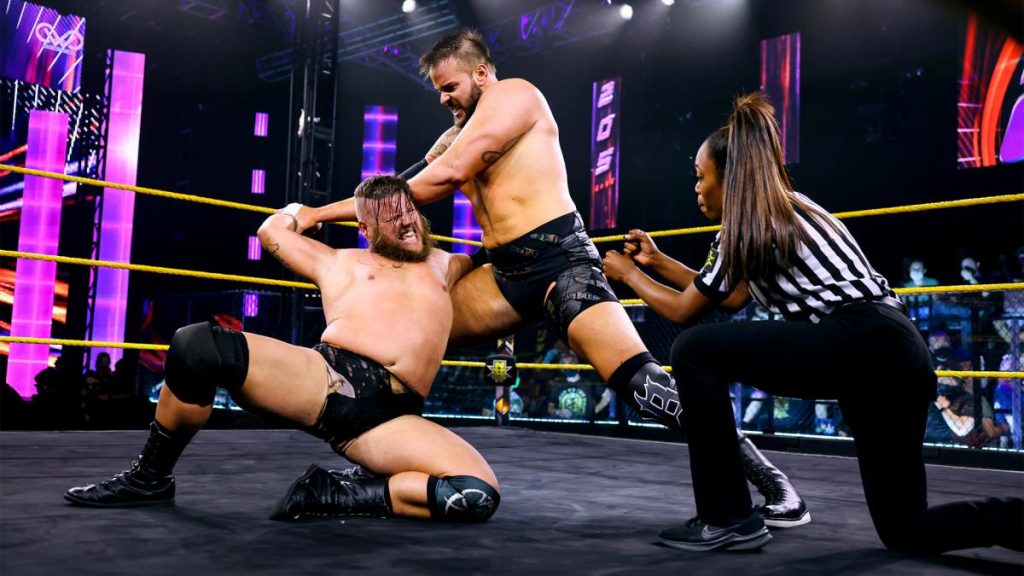 This week’s episode of 205 Live featured another match between too competitors who are not cruiserweights, however, this time a reason was given. The show also featured a match between Ikemen Jiro and Grayaon Waller.

Before starting the review, I think it is important to note that WWE announced before the show that from now on 205 Live will occasionally feature wrestlers who are above the 205 pounds weight limit. In other words, there is no weight limit anymore. In my opinion, if WWE wanted to make a show for new PC talents to replace 205 Live that would be a good idea, however, keeping the 205 Live name seems lazy as the show has nothing to do with the 205 number anymore. now let’s get to the actual review.

AVERAGE: Despite the changes to the purple brand, this week’s episode of 205 Live did kick off with a match between cruiserweights as Grayson Waller and Ikemen Jiro faced each other. It appeared the two were working hard and trying to put on a great match, however, the match did feature a bunch of botches and questionable selling at some points.

POOR: Josh Briggs then cut a backstage promo against his opponent in the main event- Joe Gacy. The delivery of the promo was a bit over the top and it is clear Briggs still has to work on his promo skills.

AVERAGE: It was then time for the above mentioned main event. The two wrestlets did not manage to create much interest in the match and it seems the main event spot that was given to them was a bit pre-mature. Hopefully they will improve in the future.

Overall, this episode of 205 Live was a bit disappointing as both matches were underwhelming. Hopefully the fact that the purple brand can feature wrestlers from all weight classes now, will grant us better matches in 205 Live in the future.